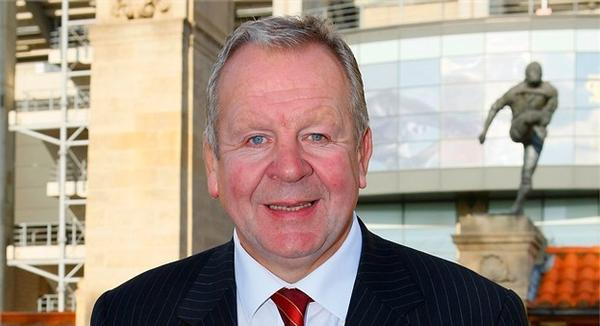 The appointment of two highly-experienced and respected sporting leaders is another major boost for the tournament as it approaches the 1,000 days to go landmark. England 2015 is on track to deliver millions of opportunities to engage sports fans the length and breadth of the country and around the world through a mouth-watering celebration of world-class Rugby and England's rich culture and heritage.

The pair will add further Rugby experience and business acumen, major event organisation and influence in the national and international sporting and political landscapes to the Board, which oversees the delivery of an event that is one of the largest and most recognisable sporting events in the world.

Lapasset said: "The appointment of Beaumont and Deighton - exceptionally high-calibre and experienced individuals - to the ER 2015 Board further underscores the shared commitment with Rugby World Cup Limited to deliver an exceptional Rugby World Cup that England and the global Rugby family will be proud of."

"Bill Beaumont is steeped in Rugby World Cup knowledge, having served as a Rugby World Cup Limited Director for four years in the planning and delivery of an exceptional New Zealand 2011 tournament and will bring great experience and vision. As Chief Executive of LOCOG, Paul Deighton had overall responsibility for delivering the biggest most successful sporting event in Britain and his vast major event experience, alongside Debbie Jevans, further enhances our vision of delivering a phenomenal sporting event that will engage new audiences the length and breadth of England and beyond through its values of passion, solidarity and fun."

"This exciting announcement is yet another boost to a tournament that is on track to raise the Rugby World Cup bar and is a fitting way to round off a year that started with the beginning of the global qualification process and culminated with unprecedented interest and excitement around the recent Pool Allocation Draw, a major landmark for fans around the world as they look forward to what promises to be a wonderful Rugby World Cup."

RFU and Six Nations Chairman and former England captain Beaumont adds extensive knowledge and experience to the Board. A former RWCL Director and current IRB Council Member for England, his appointment further strengthens ER 2015’s relationship with domestic and international governing bodies. In addition to his passion and commitment to the Game he is also heavily involved in charity work as Vice President of the Lancashire Association of Youth Clubs, SPARKS, the Lord Taverners and Honorary President of the Rugby charity Wooden Spoon.

As Chief Executive Officer of LOCOG, Deighton had overall responsibility for the delivery of London 2012. As well as leading the day-to-day operations of LOCOG, he was responsible for raising the £2 billion budget from the private sector and managing relationships with Government and its agencies, the Mayor of London, the British Olympic Association, the British Paralympic Association and other organisations with an interest in the Games. Previously, he was European Chief Operating Officer for Goldman Sachs, and a member of its European Management Committee. He was created a life peer on November 1, 2012 as Baron Deighton of Carshalton and in January 2013 he starts his role as Commercial Secretary to HM Treasury.

“I am very excited to be part of a home Rugby World Cup in 2015 and I will work tirelessly with my fellow Board members and the executive of ER 2015 to ensure that we deliver a World Cup of which the whole country can be proud,” said Beaumont.

Deighton added: “Everyone recognises that the London Olympics and Paralympics have set a high benchmark for international sports events that follow. I want to bring the knowledge and experience gleaned from my time with LOCOG to help ensure that the organisation, delivery and feel-good factor of the Rugby World Cup in 2015 is right up there with London 2012."

“Our job at England Rugby 2015 is to build the strength and appeal of this great game by delivering a brilliant Rugby World Cup. To do this we need to call on the talents and experience of people drawn from both inside and outside the world of Rugby. I am delighted to welcome Bill and Paul to the Board,” said Cosslett.