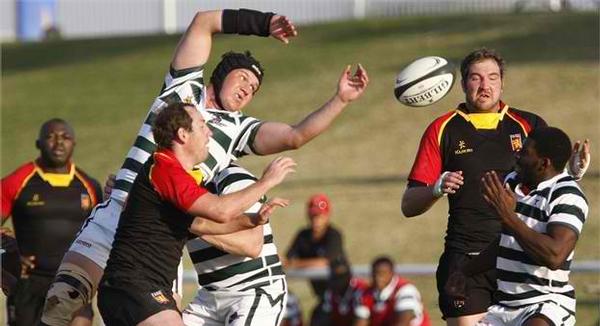 Belgium set for baptism of fire

It is never easy being the new kid in town, but Belgium coach Richard McClintock is keen for his charges to prove that they belong when they join the European road to Rugby World Cup 2015 this weekend.

The Zwarte Duivels have plenty to prove after winning promotion to Division 1A of the European Nations Cup for the first time, where they will tackle – home and away over the next two years – Portugal, Romania, Russia, Spain and Georgia, the defending champions and their first opponents.

McClintock has reason to be confident after winning the Emirates Airline Cup of Nations in Dubai, where his side saw off Hong Kong and Zimbabwe following a comfortable 94-3 defeat of the United Arab Emirates last month. The likes of Georgia will provide a new degree of competition though, and Belgium will have to react accordingly.

“First and foremost, all my players will have to raise their level and that excites me more than anything,” McClintock said. “By coming into contact with the majority of our opponents, who have practically all their players in professional championships, they are going to progress and grow, especially since we have the lowest average age.

“They will have to front up in the fight, like David against Goliath, and my three-quarters will have to do the same. We’re here, certainly to learn, but also to show our quality, strength and our history. It would be great to be, if not above our opponents, then at the same level.”

Born in Toulon to a Scottish father, McClintock knows first-hand that his team will be up against it when they take on Georgia in Brussels on Saturday. The Lelos’ size and experience – after three Rugby World Cups and with players competing in Europe’s top leagues – are a big ask for any newcomer at this level.

“Georgia are the strongest team in the group, the most experienced and they have an unimaginable mindset,” McClintock said. “I trained the Georgian Under 19s in 2002 and I could have equally taken part in training Georgia. They are marvellous competitors and men of honour. We need to be on the same level when it comes to engagement, solidarity and courage if we are to even get a point. Winning, we’re not thinking of it ... well, at least we’re not dreaming of it.”

McClintock’s team remains resolutely amateur, although a number of his players are currently turning out in the lower leagues in France. Their coach hopes that his team’s exploits on the international stage will garner a new level of respect for rugby in Belgium, as well as continued growth in terms of attendances and sponsorship.

“We have players who are in France but the majority are in Fédérale 1 in the academies,” McClintock said.

“Only one is in the ranks of the pros. But, Belgian rugby has won its first fight, which is the respect of world rugby. We are not regarded as high up, but we'll be considered from now on as rugby men, capable of playing at a high level.

“We have to win the battle with the media and the economic partners. We’ve moved from 58th place in the world to 21st. Our public support has gone from a few people to 7,000 people, and close to 20,000 spectators for our matches against Argentina and the Barbarians. Despite this, the media are slow to support our national team and we are always looking for patrons to share our adventures.”

McClintock’s team have something of a blank slate to work with. Belgian rugby has made some notable contributions to elite sport – International Olympic Committee chairman Jacques Rogge is a notable former player, while England and British & Irish Lions centre John Raphael was born in Brussels – but is yet to step into the spotlight full-time.

In recent seasons there have been inroads made, with Saracens and Stade Français opting to stage Heineken Cup matches in Belgium, and McClintock hopes that his men can make a further dent by securing their European Nations Cup future amid the scramble to qualify for England 2015.

“Of course, the prospect of the Rugby World Cup can be exciting, but the reality is we’re still in the group. For a number of years the team achieved, then went back down immediately with heavy defeats. It’s now up to the players to do the impossible and succeed by staying in the European Nations Cup.”