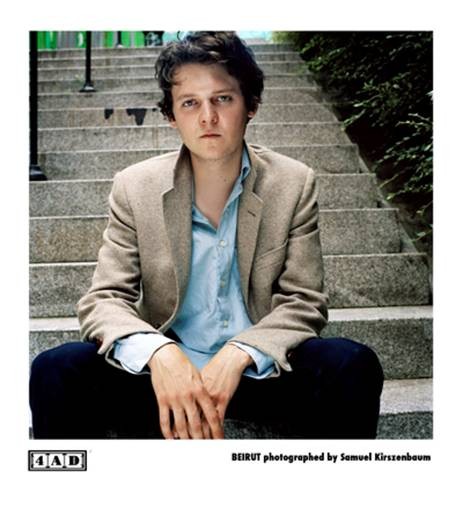 Beirut's 2006 album Gulag Orkestar was one of the biggest surprise hits of recent times, innovatively combining Balkan folk music, pop melodies, & lo fi homemade psychedelic experimentation into something unquestionably & completely unique. What was even more surprising was that it was the work of someone just 19 years old. Roll forward to October 2007 & Beirut have just released their second album, the brilliant The Flying Club Cup, which, whilst losing none of it's predecessor's charms, signifies a shift, sounding this time like a love letter to French culture, again melding such diverse instrumentation as accordion, keyboards, saxophone, clarinet, mandolin, ukulele, horns, glockenspiel & percussion into an entity that still sounds remarkable, contemporary yet timeless.

Don't miss Beirut live with a full band when they tour New Zealand for the first time in March 2008.

For a taste of their live performances check out this fantastic website featuring beautiful shot clips for every song on the new record http://flyingclubcup.com/ as put together by the team behind La Blogotheque and The Take Away Shows blogs.

Dates & details below. On sale Monday December 10. Tickets from Ticketmaster and Real Groovy.