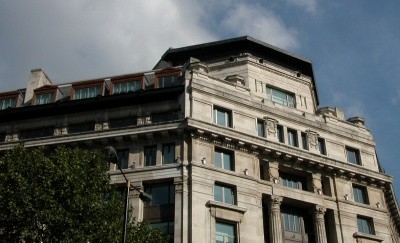 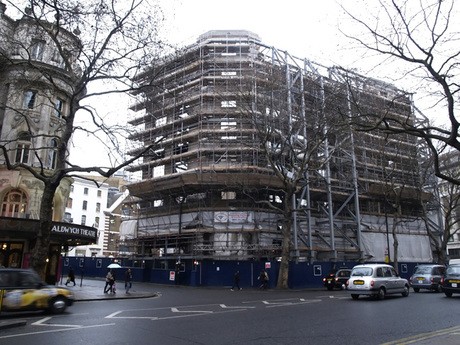 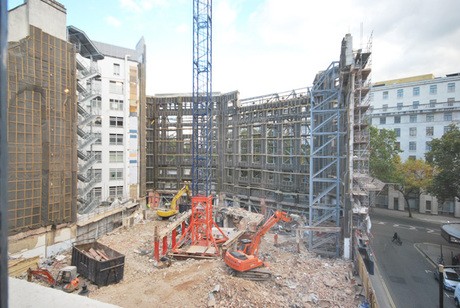 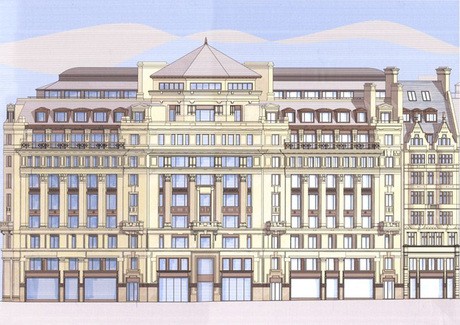 A local designer, Roo Herud, of Heruds Architecture in Nelson exports his local Kiwi expertise to London’s business sector.
An intricate and impressive combination of new and old, the ten storey mixed development of eight floors of modern open plan offices, street-level retail units and seven highly sought after apartments intriguingly placed behind the original retained facades to Kingsway and The Aldwych. Breathtaking views over Westminster, the hustle and bustle of theatrical enthusiasts below (with The Strand right on its doorstep) and the might of the ever impressive Kingsway and Aldwych set the stage for high standard and class. An unofficial whisper has set a single apartment to sell for a cool £4-5 million. If you have ever been to London and experienced an open roof bus tour, you will no doubt have travelled directly in front of this impressive one hundred year old façade.
“I have been blessed and extremely fortunate to have had an involvement with this truly beautiful building. It’s a great honour to have played a part in London’s heritage” says Roo Herud. In Roo’s eyes, all credit should be directed towards Sidell Gibson who are the lead architects in this impressive venture. A Victorian building constructed roughly around the turn of the century was cutting edge as one of the first steel and load bearing masonry buildings in its time. One hundred years on the dated internal functions rendered this beauty obsolete and in desperate need of renewal. With a listed façade it was vital to maintain the heritage and beauty of the old and introduce the functionality of the new. The busy theatrical centre posed a challenge for the structural design of the building and demanded an innovative and compact solution to retain the façade during demolition. Being awarded a BREEAM rating of excellent (Environmental Assessment Method) solidified its status in the architectural realms of London and Westminster. Anyone who has any dealing with European Architecture and development will appreciate that a BREEAM rating of excellent is challenging to achieve in entirely new developments, a truly impressive feat to have achieved with a retained façade. This was achieved through a variety of methods, such as utilising the piles to maximise on energy absorption for the residential units. Triple-glazed windows and heavily-insulated walls provide a minimal need for heating and efficiently regulate heat loss. The thermal mass and carefully monitored air movement allows for an active system to become significantly more passive.

So Roo, how did you get involved with this project?
“I was on holiday in London visiting a friend just over 3 years ago (2006), and thought it would be a wonderful idea to visit and speak with some of the Architectural Practises that have been an inspiration to me. Europe has been the cutting edge of Architecture for centuries and we as New Zealanders need to learn from their success. Sidell Gibson’s Mark Boyland & Giles Downes were two such examples ironically involved with the remodel/rebuild of Windsor Castle after its fateful accident. I was extremely fortunate to have been offered an opportunity to work for the very men that I admire. To learn from the best is priceless, an offer I couldn’t & wouldn’t turn down”

With the facade retained, demolition complete and the piles already set, we will be looking on with keen interest as this project develops, 2011 will be an exciting year for Roo Herud as he looks forward to the completed build. Now as Roo’s role in this development is mostly complete Roo now enjoys inspiration from Frank Lloyd Wright (most famous for Falling Waters and Taliesin) and continues his focus on residential architecture in New Zealand. Roo’s interest in architecture began with his uncle, Rodney Winter a designer who made a name for himself in Zimbabwe, Africa. Rodney captivated Roo’s interest in architecture at a very young age “I would watch, mesmerised by my uncle’s impressive artistic pen strokes while he drew, he had a way of making it look so easy, fluid and full of passion”. Despite impressive commercial feats in London, Heruds Architecture is primarily a residential architectural practice with a claim to residential projects spanning New Zealand, Europe and even Africa. Our local New Zealand talent has impressive reaches that span far beyond our own shores; Heruds Architecture is a current testament to this success. As Roo continues his focus on New Zealand Residential Architecture, We look forward to seeing more from this local designer.