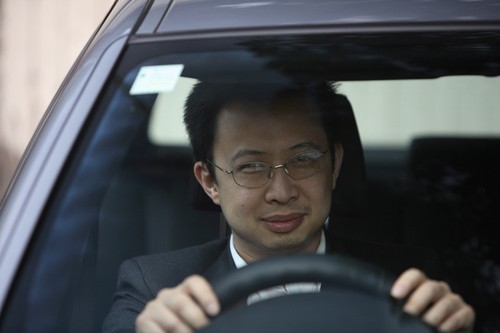 Jack Yan's wired about Wellington as he announces mayoral bid

Jack Yan has announced his intention to run for the Wellington mayoralty today, with free wireless internet (wifi) a central issue in his campaign.

Mr Yan is a respected branding consultant, New Zealand’s first digital typeface designer, and the publisher of Lucire, an international fashion magazine. He promises an unprecedented level of citizen engagement if elected.

He says that he has been canvassing Wellingtonians’ opinions for three years, with many issues put up at a website, Your Wellington (yourwellington.org) since July.

According to Your Wellington and re-Tweets on Twitter, free wifi, which he proposed, is a must-have for many Wellingtonians. Mr Yan says the infrastructure exists, and he would investigate how to deliver it on city property, such as in all libraries and Civic Square. Ideally, he would like to see it city-wide.

He claims his record shows someone who has consistently been ahead of the curve for his 20-plus years in business, and that he wants to share his clear, future-oriented ideas with Wellington.

Other issues that Mr Yan wants to address, should he be successful in the October 2010 mayoral election, include the establishment of a mid-sized music venue, a single carless day each summer to allow Wellingtonians to walk around their city, and a firm opposition against the installation of water meters. He is also an advocate of transparency, putting public information on digitally into the public domain.

Mr Yan will also push for the re-establishment of the sister-city relationship with San Francisco.

‘I’m happy how Wellington is developing: it’s the best place in the country to live. But we need to do more. The last thing I want to see is a party politician get in with hidden agenda that will take us in the wrong direction.’

Wellington, the way we want it
Bands that are too important to play at pubs, and who find the Stadium too large, would favour a venue that has between 400 and 2,000 seats, he says.

Mr Yan, who campaigned to have Lucire become the United Nations Environment Programme’s first fashion industry partner in 2003, and aimed to create the first Carbon Neutral magazine in New Zealand in 2004, is keen to see other environmental initiatives in Wellington.

Carless days work in several European cities, such as Amsterdam and Brussels, and Mr Yan wants to bring the idea to Wellington for one summer’s day, to let citizens enjoy their city and to cut down on carbon emissions for a set period. He says he also likes the idea of London’s Freewheeling, allowing only bicycles in the central city.

He objects to water metering in homes ‘on principle,’ he says. ‘After 25 years of technocratic blunders, it’s time to say, “No.”’

He also wants to see open local government, putting publicly available data on the internet, such as air quality, zoning, and traffic flows, allowing the creative sector to come up with solutions.

Meanwhile, a sister-city relationship with San Francisco is a ‘no-brainer,’ according to Mr Yan.

‘Both cities have obvious similarities. Importantly for Wellington business, San Francisco has similar thinking when it comes to high-tech, transparency and socially responsible ventures,’ he says.

‘I want to see a productive sister-city relationship with San Francisco, where Wellington companies can have a gateway to potential alliances. And San Francisco benefits through the independent, innovative thinking of the creative capital.’

To that end, he has already approached San Francisco mayor Gavin Newsom, and the mayoress, Jennifer Siebel Newsom, a friend of six years.

‘What Wellington does not need is same-again thinking,’ he says. ‘This is a mayoral election that is about our collective future, rather than getting into outmoded party politics.

‘Parliament might be located here, but the last thing Wellingtonians want is to be subject to the same party politics that waste our time. Wellingtonians reject being thought of as tools of the political parties.

‘We have a vibrant city, so let’s continue that, and add a real meaning and quality of life for us.’

Engagement
Mr Yan says he has constantly engaged with New Zealanders via Facebook (www.facebook.com/jack.yan ) and Twitter (twitter.com/jackyan). ‘People know what I stand for. I’m leaving my blogs (see jackyan.com) as they are—including all the embarrassing stuff. Wellington deserves a transparent mayor, not one with hidden agenda and ulterior motives,’ he says.

‘You might not agree with everything I say or what I stand for, but at least you won’t be left with any mystery about it.’

He says he intends to retain his Twitter and Facebook accounts should he succeed in his mayoral bid. ‘It’s important that a politician engages with people and never loses touch.’

He says he receives 3,000 emails a week and works 100 hours, without a PA, so he would find little difficulty with the workload of the mayoralty.

He cites Sir Francis Kitts, a family friend of the Yans, as his chief inspiration. ‘Sir Frank helped my family when we got here. It’s time for me to give back to Wellington.’