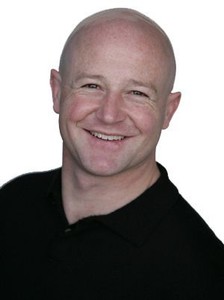 Mason Parker was a Real Estate Consultant who specialised in using effective internet marketing to profile himself and properties. It didn't take long before Mason was the easiest to find online in his chosen market.

If you want to acheive the same results - contact Mason Parker for an internet marketing appraisal.


Tuesday, 18 August 2009
5:09PM
Harcourts NZ CEO - Interest in sections up There has been a notable increase in interest in residential sections in recent months, in part because of the shortage of houses for sale, according to Harcourts New Zealand CEO Bryan Thomson. 681 views


Wednesday, 17 June 2009
5:32PM
Harcourts June Market watch is released For the third month in a row our statistics demonstrate a market with a reduced level of new listings coming to the market and a significantly higher number of written sales being recorded than the same month last year. 361 views

6:09AM
Brillant Retail Opportunity in Levin The offices at 10 Queen Street are now FOR SALE OR LEASE. 443 views


Friday, 20 February 2009
9:26AM
Harcourts Marketwatch February 2009 Bryan Thomson Harcourts CEO released the February 2009 Marketwatch As we move into 2009 recent sales statistics from across the industry reflect the lowest number of sales recorded for many years, however whether the figures are an accurate reflection of the market remains in question as December and January figures can fluctuate markedly depending on which day of the week Christmas Day falls. 478 views

8:43PM
Housing Buyer Confidence on the rise in Levin February 2009 has been an exciting month (and theres still more of February left) for Levin Residential sales... 1140 views


Tuesday, 9 December 2008
6:49PM
Google Street-View comes to Levin Google has introduced a new feature to its free mapping tools - Street View Levin has been google maps for some time and there are some great tools available which mix together to provide some very helpful tools when searching for Levin Real Estate eg have a look at www.masonparker.co.nz and it will go straight to a Google Map with Harcourts Listings and Sales (centred on Levin). 1174 views


Friday, 28 November 2008
3:21PM
Waitarere Beach 7th December Sunday is the OPENÂ DAY from 11am to 3pm The farm has been talk of the town for some time now and the time is right for the public to view the Beach Farm. 607 views