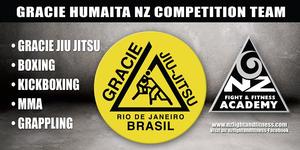 We are the only Gym in the CBD that specializes in various fighting techniques for fitness, self defence and competitve sports training for all ages and gender. You can choose from a wide variety of packages available to suit your needs.

All our coaches are qualified and experienced
in their fields of expertise.

We offer a variety of services such as;

We run classes day and night, 6 days a week.

We offer a wide variety of classes such as;

1:04PM
Otago Boxers competing in Southland Boxing Championships - The Academy is moving to bigger premises to cater for the increasing demand for Boxing in Dunedin! This is when we were moving the Academy to the new facility in the South Pacific House, Level 1, 167 High Street. We could not make it but some of our Boxers were competing at the Southland Champs in 2010. 596 views


Monday, 27 July 2009
6:11PM
Academy Gets Off Thew Mats A story the OTD (Otago Daily Times) ran on the Academy when we first opened in our old gym that was located on Princes Street. We are now in the South Pacific House, Level 1, 167 Hight Street, Dundein Central, 9016. 857 views