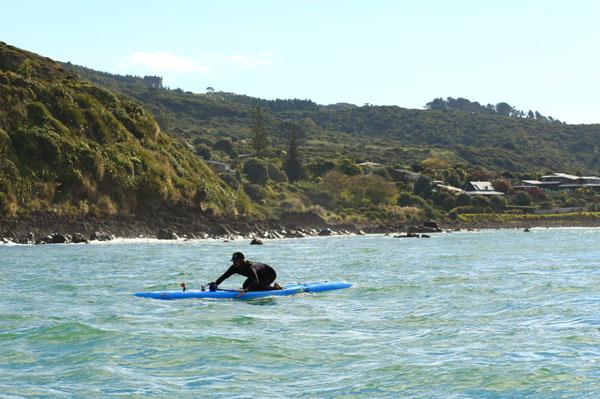 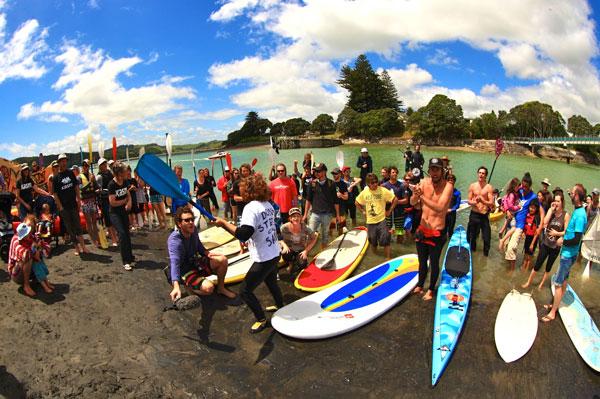 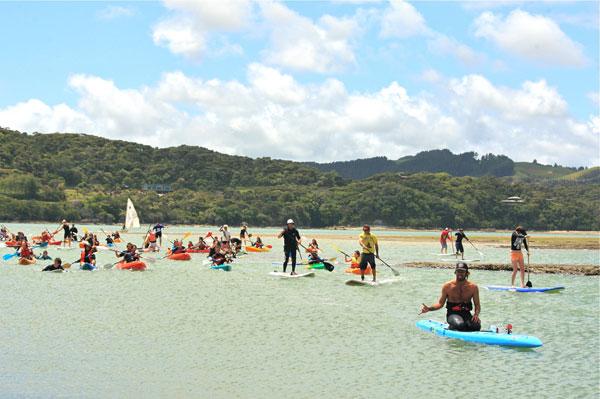 On Saturday 24th November, pro surfer and activist, Dave Rastovich (32, Byron Bay, NSW AUS), reached half way on his daunting 350km sea-paddle from Cape Taranaki to Piha to draw awareness to the threatened stretch of coast. Rastovich says like-minded surfers and activists will join him on his journey.

This Saturday (1st December) Rastovich will complete the journey at Piha beach and is encouraging the public and supporters to join him. He is expected in at Piha at 11:00am and will be welcomed by the Auckland paddle boarding community as well as former Mayor of Waitakere Bob Harvey.

“People the world over come to experience the raw, untouched waters of New Zealand and celebrate a space not yet disturbed by industrial humanity. Yet, if widespread seabed mining reaches the coastal waters of this country, the allure of visiting a once pristine place will disappear,” said Rastovich.

The world’s smallest known species of dolphin, the Maui’s (or “Popoto”) dolphin is critically endangered and faces the threat of total extinction if moves to mine the seabed along the west coast of New Zealand’s North Island go ahead, according to surfers and environmental campaigners who have banned together to fight the proposals.

“This coast, including Taranaki’s jewels, Raglan’s points, and Auckland’s beaches, are Aotearoa’s spiritual centre for surfers. All would be threatened if the sand flow is interrupted and a coastline littered with flawless waves could be irretrievably altered. As well, seabed mining will undoubtedly threaten the future of the critically endangered Popoto/Maui’s Dolphin. On those grounds alone it should be prohibited,” he adds.

A coalition has formed between the local group, “Kiwis Against Seabed Mining” (KASM) and the global organisation “Surfers for Cetaceans” (S4C) of which Rastovich is a co-founder. The activists will be paying homage to the Maui’s Dolphin as they glide peacefully through the territory of the endangered mammal.