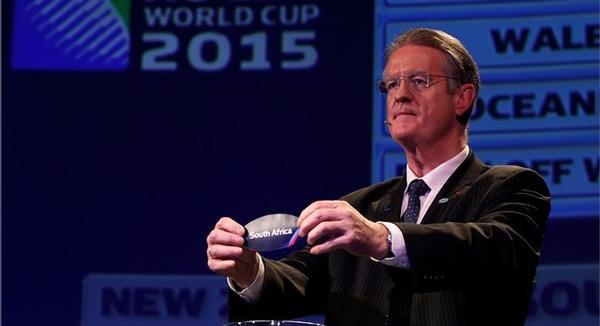 Rugby World Cup Limited Chairman Bernard Lapasset believes that Rugby World Cup 2015 will capture hearts and minds the length and breadth of England, taking one of the world's must-see sporting events to another level.

Speaking at the Rugby World Cup 2015 Pool Allocation Draw in London on Monday as the tournament rapidly approaches the 1,000 days to go mark, the Frenchman said that event preparations are on track for what promises to be a spectacular six-week celebration of Rugby and England.

"England will welcome the world’s top teams and more than 400,000 expectant overseas fans for a nationwide festival that will celebrate its rich culture heritage and love of sport, said Lapasset."

"It will be a tournament to bring people together. From the north east to the south west and everywhere in between, RWC 2015 will reach beyond traditional heartlands to unite fans old and new through Rugby’s character building values of passion, respect, and friendship."

"Planning and preparation is on track and we know from the unparalleled success of London 2012 that Britons are warm hosts. They love a party and to showcase their country and Rugby World Cup 2015 receives the baton as England’s next major sporting event with excitement and purpose."

At a star-studded Draw, Mayor of London Boris Johnson also paid tribute to the United Kingdom's great appetite for successfully hosting some of the world's biggest and best-loved events.

"In 2015 400,000 international visitors will come to England as Rugby comes home. An incredible 4.2 billion people around the world will watch what I hope and believe will be the greatest tournament of the oval ball that has ever been held anywhere, ever."

The event itself was a symbol of how far the Rugby World Cup has come since its inception in 1987. Over 150 media from all corners of the globe crammed in to cover the draw, while the live show, which featured a stunning light show was broadcast countries.

The drawing of the teams into pools also triggers a process that will see the final selection of venues that will be at the heart of the festival, the match schedule development and the ticketing strategy that will deliver 2.9 million opportunities for fans from around the world to engage with the tournament.