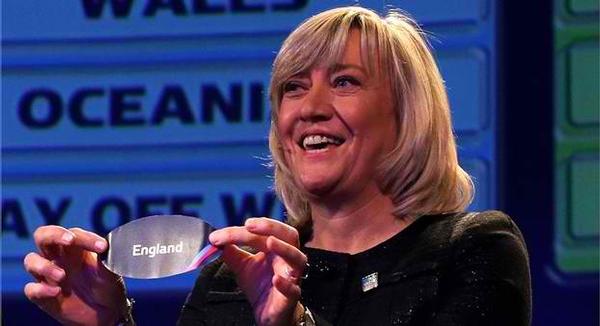 This appointment is part of a wider organisational restructure as ER 2015 moves from planning to the operational phase.

The Business Operations Department will encompass five strands: Ticketing & Commercial; Communications & Marketing; Finance; HR & Volunteering; and Legal. Each of the heads of the five business units will report directly into the Chief Executive.

After due consideration, the decision has been reached that the roles of Chief Operating Officer and General Manager for Marketing and Communications, held by Ross Young and Jon Duckworth respectively, cease to exist and they have both left ER 2015 with immediate effect. Current employees whose roles are affected by the reorganisation will have new positions within ER 2015.

“The Rugby World Cup draw on 3 December marked a step change for ER 2015 from planning to an operational phase. ER 2015 needs a structure that reflects that change and ensures: more direct focus on the delivery of the tournament; clearer reporting lines and accountability; and better defined business operations that reflect our changing priorities,” said Jevans.

“Neil Snowball did a fantastic job as Head of Sport Operations for LOCOG and was responsible for the sporting operational framework which delivered the Games. He managed a multi-million pound budget and oversaw the delivery around venues, training bases, team liaison and all of the logistics that support such a huge undertaking.” added Jevans. “I would like to thank Ross and Jon for their contribution in getting ER 2015 to where it is.”

An executive search consultancy has been appointed to undertake a recruitment process for a Communications & Marketing Director. The new appointment is expected to be in position in January 2013.