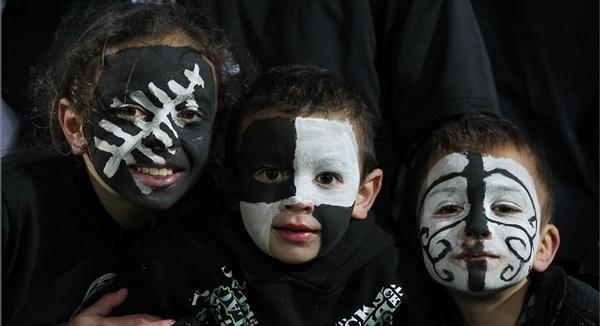 The report, commissioned by the New Zealand Government and published today, underscores how the seventh Rugby World Cup eclipsed all stakeholders expectations on and off the field to deliver a truly memorable and enjoyable experience for all involved, delivering tangible and positive benefits for the host nation and global Rugby.

The event was successful in engaging a nation of four million hosts who welcomed with open arms the 20 teams and more than 133,000 international visitors for an event which provided New Zealand with an unprecedented platform to showcase the country as a major event host and tourist destination to a global television audience of up to four billion people across 207 territories.

The report also highlights the importance of a successful and strong partnership between government and event organisers to maximise the economic benefits of hosting a tournament that continues to attract new travelling fans keen to experience all the nation has to offer with each edition of the prestigious event.

Lapasset said: "There is no doubt that Rugby World Cup 2011 was a resounding success on and off the field, that brought together a nation and the global Rugby family in celebration of Rugby and New Zealand's rich culture and heritage."

"The event is much more than 48 matches. It is a festival, a coming together of the global Rugby family to celebrate our sport. All were welcomed with open arms."

"This report is a further strong endorsement of New Zealand's exceptional hosting and the Rugby World Cup brand."

"The tournament is a low-risk, high-return event that proved to be good for Rugby worldwide and good for New Zealand."

"We now look forward to Rugby World Cup 2015 and an event that will boost Rugby in England, Europe and continue to enhance Rugby's position as a major global sport and Rugby World Cup as one of the 'must-see' events."

New Zealand Sport and Recreation Minister Murray McCully said: “New Zealand lived up to its promise of being a stadium of four million people during RWC 2011.”

“From the way communities embraced visiting teams, through to the nationwide REAL NZ Festival and business engagement events that ran alongside the tournament, this country turned on an unforgettable experience for international visitors and proved to the world that we can successfully host major global events.”

The report by the host nation concludes New Zealand’s commitment to hosting the Rugby World Cup.

“Economically and socially RWC 2011 has been great for New Zealand, with a marked boost in economic activity that’s had a positive effect on our regions. An independent assessment put the short-term (2006-2012) economic impact of the tournament at around NZ$1.73 billion, and that it sustained the equivalent of 29,990 jobs for one year."

“The legacies of RWC 2011 include positive visitor experiences, new business connections, improved infrastructure, and greater interest in volunteering. Importantly, an understanding of the planning and operational excellence required to deliver major events is now embedded here, and is already being applied to preparations for the Cricket World Cup and FIFA Under 20 World Cup in 2015, and the World Masters Games in 2017.

“However it is the intangible elements – the way the nation came together, and the pride we felt as hosts – that will define RWC 2011 for most New Zealanders in the future.”

The report can be found at www.med.govt.nz/majorevents/pdf-library/nz-major-events/RWC-2011-Host-Nation-Report.pdf.