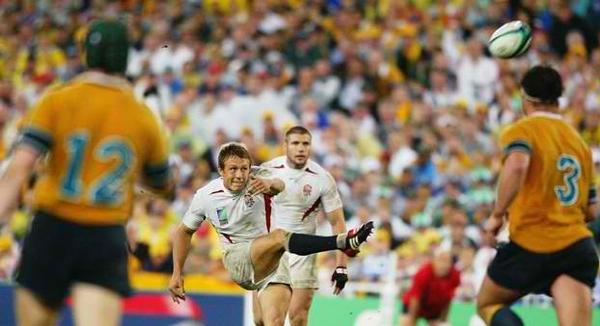 The Rugby World Cup 2015 Pool Allocation Draw last month threw up some mouthwatering matches, so we start by looking at Pool A, which features Australia, hosts England, Wales and the Oceania 1 qualifier and Repechage winner.

In each of the last two Rugby World Cups the finalists have come from the same pool: England v South Africa (2007) and New Zealand v France (2011). It is not beyond imagination that the same scenario will happen again in Rugby World Cup 2015 after host nation England were paired with two fellow top 10 sides in Australia and Wales. Throw in Fiji, as the likely Oceania 1 qualifier, and Pool A promises to be the ultimate ‘Pool of Death’.

No match in the history of the Six Nations is as eagerly anticipated on both sides of the border than England v Wales, let alone on a World Cup stage. While the two countries do battle on an annual basis in the northern hemisphere’s premier international tournament only twice have the great rivals met before in Rugby World Cup history and on both occasions it was at the quarter-final stage. The hype ahead of the RWC 2015 meeting is bound to be off the scale.

England went into their first Rugby World Cup match against Wales at the inaugural tournament in 1987 as slight favourites. But they had a shocker on a hot day at Ballymore in Brisbane and Wales took full advantage to score three tries to England’s none and win 16-3.

The tables were turned, though, in the second meeting, again on Australian soil, when England eventually overcame Wales en route to their moment of glory in 2003. Boosted by an impressive display of running rugby against the All Blacks in their final pool game, Wales went into the quarter-final free from inhibition and confident they could cause a shock.

That certainly seemed to be the case at half-time as Wales, playing with the dash and verve of old, led 10-3. But Mike Catt’s introduction at inside centre helped steady England, particularly an unusually out-of-sorts Jonny Wilkinson, and Clive Woodward’s men went on to win 28-17 even though Wales had, once again, outscored them on the try count.

The Australia and England pairing mirrors that of the 1987 pool line-up when they were joined by Japan and USA. As was to be the case in the 1991 final between the sides a controversial moment involving the ever-controversial David Campese played a huge part in determining the outcome of the match against England.

What was deemed a blatant knock-on to most observers escaped the attention of match official Keith Lawrence and the wing’s 51st-minute score was allowed to stand. It was a blow from which England, who had been a match for Australia up to that point, were never to recover and the Wallabies went on to win 19-6.

On to 1991 … and that man Campese. With six tries to his name in the build-up to the Twickenham final the stage was set for the tournament’s undoubted superstar to strike again when it mattered most. As it was Campese hardly had a sniff of a try-scoring opportunity, instead it was another knock-on that proved pivotal to the destiny of the Webb Ellis Cup.

Had Rory Underwood received the intended pass from Peter Winterbottom early in the second half with the score at 9-0 to Australia, England felt certain that their flying wing would have scored and galvanised an England comeback. But it was not to be and Australia went on to win 12-6.

But it was England’s turn to rain on the host nation’s parade when they defeated Australia in a heart-stopping climax in Sydney at RWC 2003, thanks to Wilkinson's drop goal with only seconds remaining in extra-time.

England and Australia have met 12 times since that ictory, including a Rugby World Cup quarter-final win for England four years later in Marseille. But Australia currently has the superior head-to-head record of eight wins to England’s four.

Wales v Australia promises to be just as tasty. Wales have fallen to agonising defeats at the hands of the Wallabies in recent years, losing the last seven fixtures by 10 points or less. One of those defeats came at RWC 2011, when they lost the Bronze Final in Auckland.

However they won the corresponding fixture in RWC 1987, their one and only victory over Australia on foreign soil, after Paul Thorburn memorably converted Adrian Hadley’s try from the touchline in Rotorua.

The three following Rugby World Cup meetings all went Australia’s way despite being played in Cardiff. A crowd of 54,000, a tournament record at the time, turned up at the old Cardiff Arms Park in October 1991 to see if Wales could recover from their shock defeat at the hands of Western Samoa and gain revenge on an Australian side that had beaten them 63-6 on tour a few months before.

The match, though, went the way of the form book and Australia dominated to win 38-3. Eight years later, this time at the Millennium Stadium, Australia won 24-9, and they went on to complete their Cardiff hat-trick in 2007 after a 32-20 victory.

Wales’ defeat to Fiji at RWC 2007 probably ranks alongside their Samoan defeats as a major low point because it saw them dumped out of the tournament before the knockout stages had even begun. Wales' open style played into Fiji's hands, big hits and strong running leading to tries from Akapusi Qera, Vilimoni Delasau and Kele Leawere before Graham Dewes’ match-winning score at the death sealed a famous victory for the Pacific Islanders. At least Wales gained some measure of revenge last time out in New Zealand, running in nine tries to inflict a 66-0 defeat on Fiji.

England and Australia have each met Fiji on only one occasion at a Rugby World Cup. Twenty-three points from the boot of a young Jonny Wilkinson helped England to a 45-24 win at Twickenham in 1999, while a Drew Mitchell hat-trick was the standout feature of a 55-12 win for Australia over the same opponents at RWC 2007.