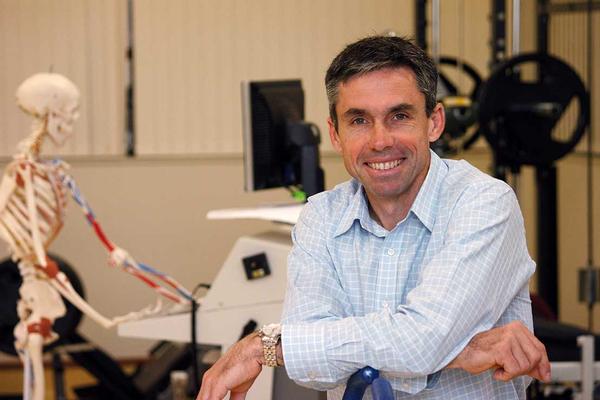 It's not just about Lance

I don’t condone the now undisputable fact that Lance Armstrong took illegal drugs to win. I especially don’t like the fact that some of his peers like Tyler Hamilton and David Millar are venerated after “fessing up” and “dobbing in” - but only after they’ve been caught.

What I really hate is the head in the sand attitude adopted by people in the cycling world who knew something dodgy has been going on for a long time but refused to do anything about it.

The UCI and various national cycling federations sit squarely in those camps, but so do some of my peers; exercise scientists and coaches working with EPO laden and blood doped riders who surely saw some field and laboratory-based “feats” which were just not natural.

Doubtless some of these people have ridden on the coat tails of the Armstrong ilk, making money and getting promoted. Where is Lance’s coach now? You know, the one that sold all the books about what training you need to do to become the next Lance. Where are his team of scientific advisors who have even published papers describing the magnificence of his almost supernatural physiology. Gone to ground I dare say. Perhaps some of these hangers-on will now write their own book…

Worst of all though are organisations that made a motza from associating their products with Armstrong, but are now asking for their money back. These are apparel and equipment manufacturers, nutrition companies, television companies, and hey, even a postal service.  Well, they sold lots of their stuff at the time because Lance promoted it, and they made plenty of money then. Even the South Australian government is reportedly reclaiming the appearance money they paid Armstrong. Excuse me, but the fact that he went there meant plenty more people turned up in Adelaide and spent in hotels, bike stores, and restaurants.  It’s not like they’re going to go and ask for a refund on their winery tour in 2008 because Lance has just now admitted to taking EPO.

Some years ago, a cyclist friend of mine, an accomplished racer, who got a “holiday” from competing courtesy of a banned stimulant, had an interesting slant on ‘drugs in cycling’. He said “why do they make such a big deal out of it when cyclists regularly negotiate to influence the result?” By “negotiate”, he meant that in cycling the winner is often not the best rider, but the one who can cajole, influence, or even bully other riders into assisting them. It works like this because the person at the front of the bunch doing 50 km/h has to do twice as much work as the person sitting behind him, and maybe three times as much work as the bloke spinning his legs in the middle of the pack.

Riders will jostle for position during the race to avoid taking the wind until they really have to, like when it’s time to sprint for the finish. It means during a multi-day ‘tour’ a rider with a strong team can be protected from the wind day after day, until the individual time trial stage when he/she can show their muscle and put some time into their opponents.

Incidentally, when people ask whether Armstrong won all his tours because of his drugs, I say “no, he won the because he had the strongest team around him. But, he had the strongest team because he made them all take drugs…”  The impact of aerodynamics is the reason cycling is such a wonderfully complicated sport often referred to as “chess on wheels”; you not only have to outride your opponent, you have to out-think them too.

Sometimes negotiating the result means exchanging expected prize money. A scenario might play out like this: two riders take turns into the wind to maintain a breakaway, but one’s a better sprinter so the other, knowing he has little chance of winning, suggests “if you let me win in my hometown, I’ll give you the prize money”. Now that’d be a win/win, because one rider gets first and second prize money, and the other hometown glory and a better sponsorship package next year.

Extrapolate this sort of cooperative thinking to team racing and you find situations where whole teams are bought out by another team so their man can win the big race. There are tens or even hundreds of thousands of dollars in prizes, sponsorship, and endorsements at stake.  This is a truly professional sport and part of the “rich tapestry” and certainly the history of cycling.  It’s fairly open knowledge and tolerated by the riders, the fans, and to some extent, the officials.  However, apply this sort of thinking to test cricket and it’s called corruption.  All of a sudden, as my cycling friend pointed out, “a little pill here and there seems inconsequential…”

There is no harder life than a pro-cyclist, riding and racing every day of the week, rain, hail, or shine. Unless you’re at the very top, the pay’s not particularly good and you’re only one crash away from your career being over. It’s not surprising therefore that drugs are taken and money changes hands. These practices and their vested acceptance reflect the history of the sport and greatly influenced what it is today. But, for the sport to move on, some things need to be consigned to history and those accepting of the “old ways” consigned as well.

Good on Lance for finally admitting. There’s plenty of others out there, coaches, administrators, and sponsors alike, who still need to. Nothing short of an entire clean out is needed. I’m happy to help push the broom…

Professor Steve Stannard is the head of Massey University's School of Sport and Exercise and a former Australian representative road-racing cyclist. He won last year's Wellington to Auckland Cycle Challenge and will compete in the New Zealand Cycle Classic starting Wednesday.