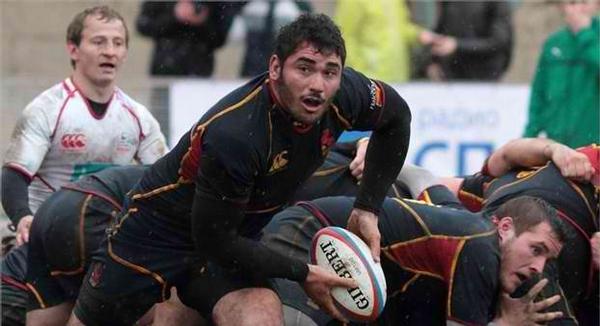 Spain lost a tight battle with Russia in Sochi on the opening ENC Division 1A weekend. CREDIT: Seras/FER

The European qualification process for Rugby World Cup 2015 may have kicked off in Hungary last October, but over the weekend the top tier of the European Nations Cup 2014 that will determine the Europe 1 and 2 qualifiers for England 2015 kicked off with three tight battles.

With the six teams in Division 1A – defending champions Georgia, Portugal, Romania, Russia, Spain and newcomers Belgium – occupying the places 17 to 22 in the IRB World Rankings there was expected to be little to separate the teams over the coming months.

As it turned out, the biggest winning margin across the opening round of matches on Saturday was just six points, Romania running out 19-13 winners over Portugal in Lisbon to head the standings from fellow winners Georgia and Russia.

Florin Vlaicu kicked three penalties to Pedro Leal’s one to give Romania a 9-6 lead at half-time, but as the clock ticked into the final 10 minutes it was Portugal who had edged ahead 13-12 thanks to Julien Bardy’s try and another penalty and conversion from Leal.

However, Romania, who qualified as Répechage winner for RWC 2011, were not to be denied what could prove to be an important away victory with Eugen Capatana touching down and Vlaicu adding the conversion five minutes from time.

Georgia, looking to mount yet another successful defence of their ENC title, were expected to prove too strong for Division 1B champions Belgium, whose coach Richard McClintock had admitted in the build up that his side were “not thinking of it (beating Georgia) … well, at least we’re not dreaming of it.”

However, with Belgium full of confidence after beating Hong Kong, Zimbabwe and UAE to win the Emirates Airline Cup of Nations in December, the Lelos found life hard-going at the Stade Roi Baudouin in Brussels, and needed a 71st minute try from replacement Levan Chilachava to avoid a shock defeat by the Belgians, the champions escaping with a 17-13 victory.

Replacement Alain Miriallakis had opened the scoring for Belgium with a 23rd minute try and that lead had grown to 13-3 within minutes of the restart as the home crowd dared to dream of a shock upset in the cold and rainy conditions.

Georgia cut the deficit with a try from their talisman Mamuka Gorgodze, but they had to work hard to avoid the worst possible start to their bid to qualify for a fourth successive Rugby World Cup.

Four points was also the margin of victory in Sochi as Russia edged a tight battle with Spain, who were ranked two places above them going into the match.

Wing Mikhail Babaev gave Russia the lead with an 11th minute try, but led only 7-3 at half-time after Jaime Nava cut the deficit with a penalty.

Spain hit the front in the 54th minute after two more Nava penalties, but Igor Klyuchnikov gave the home crowd cause to cheer with two penalties to allow Russia to hold on.

As a result of the three matches, four teams moved into the IRB World Rankings with Spain falling two places to 20th with Romania and Russia climbing one, while Portugal fall below Uruguay to 23rd. Georgia and Belgium remain 17th and 21st respectively.