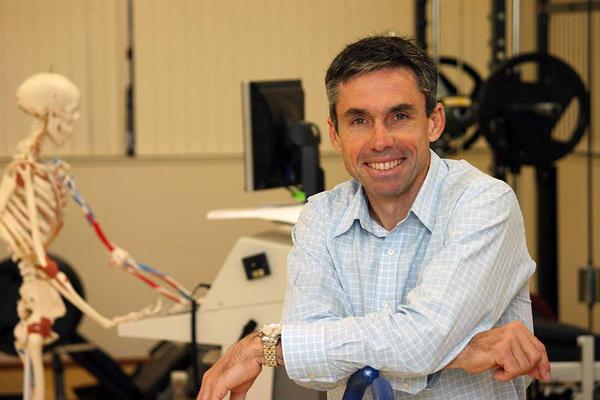 A top sporting performance is based on many factors. These include fitness, physical and mental skills, preparation and strategy, financial security, and ideally some good luck. But as scientists are beginning to discover, sporting success also lies strongly in your genes. If your parents were good athletes then in all likelihood, you’ll have a head start on your competitors whose mum and dad weren’t. I often tell younger athletes to chose their parents wisely, because you can’t do much about your genes once you’ve got them.

However, even those without an athletic heritage can become top athletes by working on performance-related factors they can control such as fitness, skill, psychology, and nutrition. Optimising these requires hard work, sacrifice, and dedication. On top of these, the true competitor is always looking for an “edge”. While less scrupulous athletes might gamble with illegal performance-enhancing drugs, increasingly, a “legal” edge sought by many is through sport nutrition supplements.

There are thousands of supplements available that claim to enhance performance, and they are sold in supermarkets, health food stores, and on the web. Sport supplements are a multi-million dollar industry, but one built upon spurious claims, poor science, and increasingly, a risk of contamination with illegal drugs. Of the thousands of supplements available, only a handful have been shown to have any beneficial effect on performance when an athlete consumes a balanced diet. These include electrolyte drinks, carbohydrate supplements, caffeine, and creatine. Even these few will only assist in a few specific circumstances, and if used improperly, can have adverse side effects. The vast majority of sport supplements though, despite the accompanying claims, provide no benefit over a balanced diet and many of these potentially have harmful side effects.

For those legal supplements that do sometimes work, there is no magic. The benefits of sport carbohydrate supplements and electrolyte drinks lie not in some special chemical property they possess, but in the convenience of their packaging. A carbohydrate gel is little different to a boiled potato as a fuel source for muscle, but it’s a whole lot easier to pack a bunch of gels when you ride around Taupo than to take the leftovers from last night's dinner. Similarly, an electrolyte drink provides no hydration benefit over a Marmite sandwich accompanied by a few glasses of water, except that you don’t have to fuss around with a knife, butter, and plate with the electrolyte drink.

As a scientist researching various aspects of nutrition on sport performance, I never cease to be amazed by what some sports-people will consider taking, and even what parents will consider giving their kids. I had one parent who recently asked me what sort of creatine he should be giving to his 13-year old daughter who played club netball.

A number of high profile New Zealand current and former athletes endorse sport supplements in exchange for money. Mostly, these endorsing sports people would have little idea of the science behind that product, whether it was effective, what’s actually in it, and whether it might be dangerous to some people. The companies use this form of advertising because they know it makes the general public – including aspiring young athletes – buy that product. But the general encouragement of sport supplement use is problematic for a number of reasons.

Firstly, encouraging supplementation takes the emphasis away from ensuring a balanced diet.  Secondly, available online and delivered straight to your door, there is no necessity to seek advice from an appropriately qualified person regarding the efficacy or safety of the product. Thirdly, there is often a grey area between which supplements are considered legal and which are banned. This might be related to how much of an individual chemical is in the product, or whether or not what is outwardly the same product is produced here or overseas. Lastly, where does supplementation stop? There’s a fine line between taking a sport supplement that contains miniscule (natural) amounts of, say IGF-1 (a banned peptide) and actually taking small amounts of IGF-1 itself. Perhaps this helps explains some of the explosive revelations concerning the widespread use of illegal supplements in Australian sport.

Sport supplementation, especially institutionalised supplementation, is at odds with the position of the International Olympic Committee, the Australian Institute of Sport, the American Dietetics' Association, and the American College of Sports Medicine. Their stand is that supplements are generally unnecessary; they should only be considered after the diet has been assessed and then only under supervision.

As a former athlete, I know that the buck stops with the athlete, so that if an illegal substance is detected it is the athlete punished, not the company who makes it, not the coach, not the sport scientist, and not the high profile sportsman who endorses it. Those involved in administration in sport in New Zealand have a duty of care therefore to discourage the use of sport supplements and protect the athletes of today and tomorrow.

Professor Steve Stannard is the head of Massey University's School of Sport and Exercise and a former Australian representative road-racing cyclist. He won last year's Wellington to Auckland Cycle Challenge and competed in the New Zealand Cycle Classic this year.
Related articles