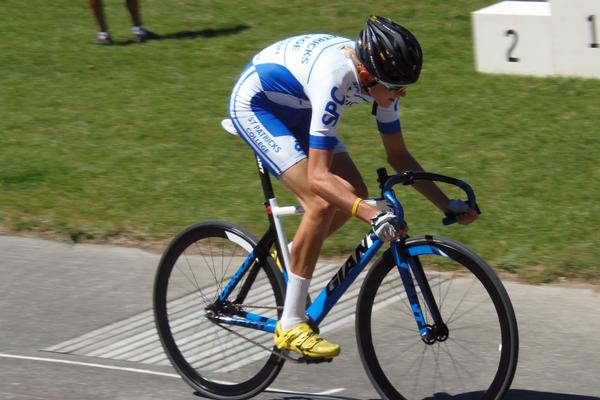 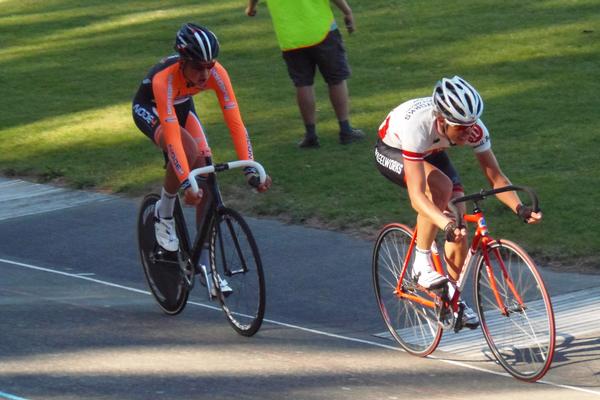 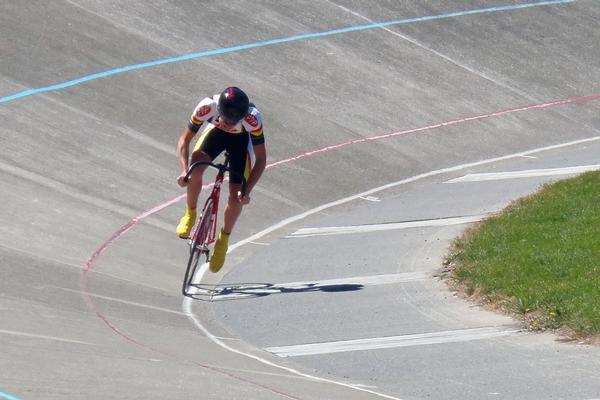 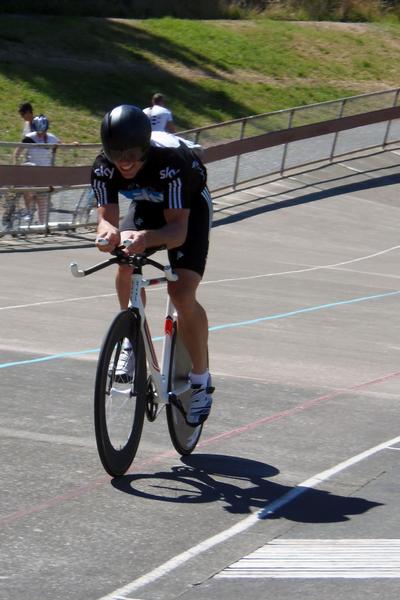 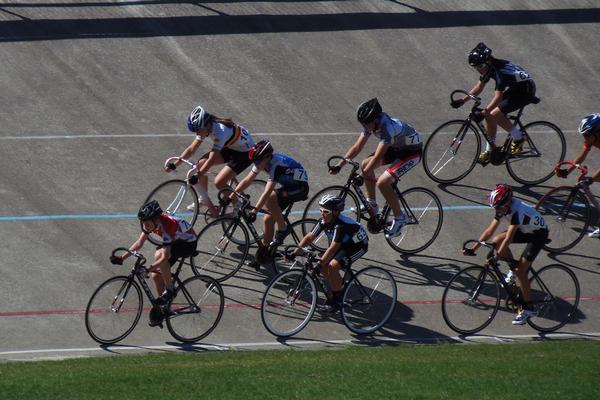 Louis Higgison set a new Wellington record in the under 17 500m time trial at the first part of the region's track championships held on Sunday February 10 at Hataitai Velodrome. It was one of many outstanding performances as riders in multiple age groups from Under 13s up to Masters, gathered to compete under sunny skies in a variety of disciplines.

Higgison completed the 500m time trial in 37.1s, knocking 1.5s from the previous best set by now-senior racer Lee Evans. Second place was Jed McDermott ahead of Jake Jamieson in third. In the 7.5km Scratch, Higgison tried a solo attack, staying away for over 10 laps. However it wasn't to be, and the bunch reeled him back in. Two laps later, Jed McDermott shot out of the pack and with team-mate Christian Davey blocking, built up a sizeable lead. The chasers could not get themselves organised and McDermott held on for a class win. Higgison won the bunch sprint for second and Jon Barnes was third.

In the Senior Elite category, Russell Fairbrass won the kilometer time trial event in 1:15.10, just 0.3s ahead of Connor Johnson with Zac Blakely in third. Johnson got his own back in the 10km Scratch, bridging up to breakaway rider Mike Naylor at half distance. The duo worked well to lap the field and Johnson's sprint was too much for Naylor on the line, while Fairbrass took third. Lee Evans comfortably won the Keirin, unleashing his sprint on the final lap to finish three lengths clear of Johnson who pipped Fairbrass for silver.

Ele Pepperell won three out of three races in the women's category, taking the 500m TT in 42.24s, winning the 8km Scratch and sprinting ahead to win the Keirin. She was pushed hard in all three by Penny Thomson and Sarah Barclay who won silver and bronze medals respectively.

Nick Warren was big winner in the Masters, picking up the gold in the 500m TT, and Keirin ahead of Ian Ellis and Harry Kent. In the 8km Scratch, Warren attacked with 18 laps to go and was soon joined by Steve Chapman. The duo had to work hard to keep ahead of the chasers but eventually opened up a half lap lead. On the bell lap, Warren jumped clear for the win, Chapman was second and Peter Moore was third.

Part two of the Championships are on February 17 at Hataitai Velodrome from 2pm. Click here for the programme.