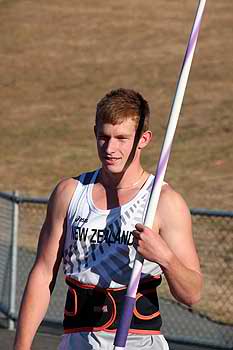 Massey University is now the major supporter of the Athletics New Zealand Track and Field Championships and the Aurora Series.

The Championships – and first leg of the Aurora Series – will be held at Mt Smart Stadium in Auckland from March 22-24.

Massey University national events and sponsorship director Denise Armstrong says the championships is the perfect match for the University.

Athletics New Zealand Commercial and Marketing Manager Carl Jackson says he is thrilled to have Massey University on board. “Many of our members participating at the national level are about to embark on tertiary education,” he says. “So the partnership with Massey makes a lot of sense.”

In 2011, Massey was the first New Zealand university to sign up to the Athlete Friendly Tertiary Network set up by High Performance Sport New Zealand.

The network is made up of tertiary institutions that agree to adopt a set of guiding principles to support New Zealand’s high performance athletes to combine their sporting and academic aspirations.

With its leading distance education programme and Academy of Sport based at both the Albany and Manawatu campuses, the University has been able to attract leading sportspeople like Olympic gold medallist rowers Hamish Bond and Eric Murray, and kayaker Lisa Carrington.

More information about the track and field championship, which is free to attend, can be found here.