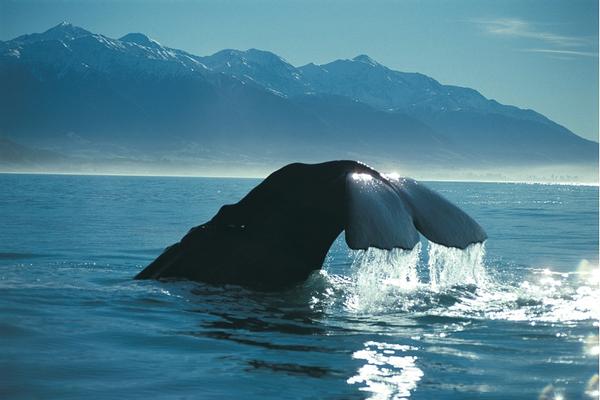 A top field of national and international teams are expected to sign up quickly for Chapter 3 of the GODZone adventure race being held in Kaikoura next year. The event dates have now been set down for the 7th to 15th March, 2014 and entries will be open to all teams from the 1st July, 2013

Kaikoura is known as the region “Where the Mountains Meet the Sea” and its unique marine environment along with high mountain ranges is expected to be a real drawcard. Race director Warren Bates says many adventure racing teams are planning to race the preeminent event and there may well be a rush of entries on opening day.

“ With the dates now set, there is plenty of time for teams to plan their entries, work out who they will race with and get some sponsorship sorted. Next years event is effectively being held on exactly the same week as this years event was only one day earlier. Its generally a settled time for weather and fits well with other major sporting events on the multisport calendar.”

The GODZone has quickly made a name for itself on the global adventure racing scene with current World Champion Adventure racer and winner of the 2013 GODZone, Nathan Fa'avae, calling it ‘currently the best adventure race in the world’ at this years prize giving held in Queenstown.

GODZone competitors will receive an early entry discount when signing up for the 2014 event before the end of August and Mr Bates says teams will be able to enter online from the 1st July, 2013

“ We do expect that the event will be a record sell out this year due to the huge success of Chapter 2 and the enormous feedback and interest we have received already. Added to this is the decision we have made to cap the number of entries to 35 teams straight way due to the availability of boats and other resources. The fact that  race management provide this type of equipment is hugely advantageous to teams as they don’t then need to travel with boats.”

He says Kaikoura is an idyllic setting for the 2014 adventure race course and will provide a backdrop of stunning terrain and geographical challenges.

“Both the event itself and the live coverage from our website platform has allowed us to once again showcase New Zealand as the ultimate place to hold an adventure race in the world.  People are very excited about the prospect of us visiting a place as spectacular as Kaikoura and the level of adventure that this area will provide the teams in 2014 will be second to none.”