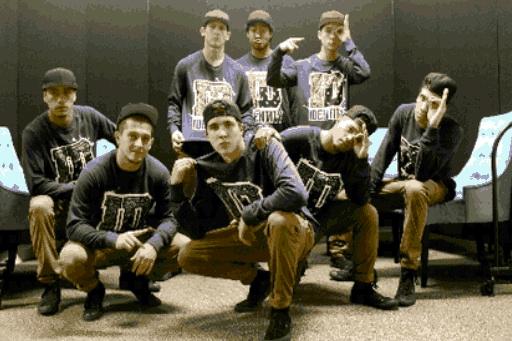 Primal Youth launched ‘The Movement’ last Thursday. It consisted of heats all across the nation with a semi final live now for public voting via the Primal Youth facebook page ‘Vote’ tab. It’s the only hip hop competition in NZ that holds it’s final on a social media platform.

Primal Youth is a network of youth communities meeting in cities and towns throughout NZ and the Pacific Islands that exists to empower young people and give them an alternative to drugs and alcohol.

Street Dance NZ Director Bev Adair-Beets, says, “The NZ Street Dance Community is excited and fully supports this amazing initiative called 'The Movement'. It is an awesome grassroots hip hop competition and we are looking forward to seeing some unique styles, and the choreography that will emerge from it.

NOW it’s your turn NZ to go online and support! Get behind your favourite Crew and VOTE. $1000 prize money is up for the winning Crew!

Street Dance NZ is also very pumped about the upcoming 'Identity High School Tour’ set for July. New Zealand's very own National Adult Hip Hop Champions 2013, heading to the WORLD stage in Las Vegas to represent NZ, at the Hip Hop International Championships is coming to YOUR local high school to perform is going to be epic.”

As part of the ‘The Movement’ Primal Youth and Identity dance crew have launched a new fundraising online campaign to give the community an opportunity to donate to the Identity high school tour. Donations can be given online at www.themovement.org.nz/identity.

“We are honoured to represent New Zealand on the World stage. We are stoked to partner with Primal Youth and have the opportunity to give back to the youth in our community and encourage them to never give up and to find their identity. We are training hard and want to make NZ proud” says crew leader Josh Cesan.

The tour will consist of a free hip hop showcase with an inspirational message. The pilot project for the tour was a huge success at Selwyn College with a positive response from approximately 400 students.

In August, the crew will go up against 47 other countries. The backbone of the crew consists of the talented Cesan brothers who are well known for their unique style of dance and aerial stunts. The brothers have grown up dancing and their mother Jacqui Cesan runs the reputable ‘The Dance Studio’ & ‘Boys Dance 2’. This is the first time that all three brothers have competed in force together.

IDENTITY will now start training for their worlds campaign but will have to fit this around a vigorous fundraising effort, as they must raise $35,000 to get to Las Vegas.

Thank you to the sponsors of ‘The Movement’ 2013, Street Dance New Zealand and Mai FM.