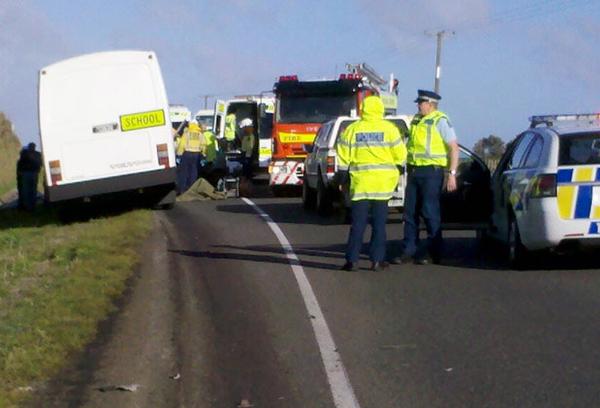 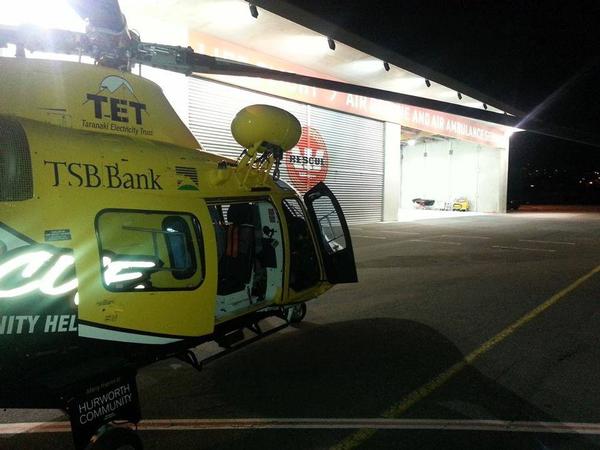 A car which collided under a bus of school children yesterday in Taranaki has killed one person, leaving another in Wellington Hospital in serious condition.

A 20-year-old woman was dead and a 6-year-old girl seriously injured after the car and a school bus carrying 30 passengers collided on State Highway 3 near Kakaramea, north of Patea, about 3.30pm.

The six year old girl was flown to Wellington Hospital by the Taranaki Community Rescue Helicopter yesterday shortly after the helicopter arrived.

The 63-year-old male driver of the bus and a 15-year-old male passenger received minor injuries and were taken to Hawera Hospital for observation.

The dead woman, who was driving the car, had not been named late last night.

It is understood she was a German national working in New Zealand as an au pair. She died at the scene.

The deceased's name will be released once her next-of-kin are informed.

The Taranaki Rescue Helicopter responded to the crash just thirty miniutes after initial reports came in, the helicopter was off to Wellington and left the Life Flight Wellington Helicopter terminal at around 7.20pm last night using night vision.

Her death was the sixth on Taranaki roads this year.

Roads were closed for up to five hours with diversions in place as emergency services worked into the night to remove the driver.

Passengers described cries of terror from children on the bus as they realised what had happened.

One of the bus passengers, Emma Jane Watson, tweeted a first-hand account of "little kids screaming and crying everywhere."

"It was a sad day for a lot of people. Respects to those who lost their innocence. It breaks my heart," she said.