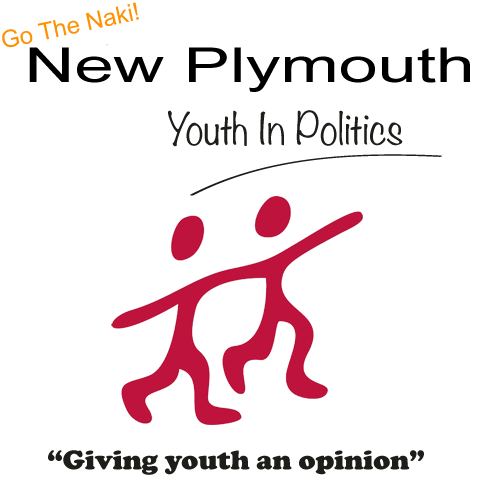 Politics is important for youth in New Zealand

Hi. I am 16 year old (on Sunday) Michael Riley from New Plymouth and I believe politics is important for youth in New Zealand.

I have been interested in politics for some time, especially local body and even tried to connect with the outer world when I was 12 starting a Facebook page - but because at that time I was at intermediate school and there was no interest in politics at that time, the page did not see an interest. However, on August the 25th of this year I made a challenge for myself; get youth involved in local body politics.

That is exactly what I did. I started with Facebook because I knew many young people are all over social networking sites, so I created a Facebook page called 'New Plymouth Youth In Politics' and began inviting some of my friends.

I began discussing issues on the page about all sorts of local issues in Taranaki, and it was very relevant because the local body elections 2013 were coming up, so the page sparked big debates.

My page discussed with youth about CBD Parking Rates, the New Plymouth Airport, scootering in the CBD and so much more. This included me going on radio stations like Access Radio Taranaki, being in the Taranaki Daily News and even asking a question about youth development to the Mayoral candidates for this years elections in a packed New Plymouth District Council chamber in front of hundreds of people, the sad thing was I was the only person under the age of 35 at the event (except for Harry Duynhovens daughter - Harry was last term's Mayor for New Plymouth)

Just having a Facebook page about my community and our local politics really showed to me how much that youth actually care about the topic. As in, a young 16 year old is not going to go to the hassle to go look up politics all by themselves, so I brought it to them, helped them learn along the way as did I.

I went to the troubles to survey hundreds of people from my high school Spotswood College in which I am working towards NCEA Level One - I went the extra mile so youth can be heard.

Legally you can not vote till the age of 18 however, I believe that politics is so important that even though 17 year olds and younger can't vote, we should have a voice regardless. We all are going to get older, and either thrive or not thrive off what our current council is doing.

So yesterday I asked the question to 35 students from my school, some of which could vote and were 18 if they knew who our new Mayor was for New Plymouth. 21 which is over half of the people I surveyed said they had no idea. The thing that worried me with that, is that he is our Mayor. He makes our decisions. He determines the way we will all live if we were to stay in New Plymouth to live, work and play when we are older.

Something needs to be done about youth and politics. In my opinion, their should be nationwide high school subjects, optional ofcourse, but at-least have them. Political science is a degree course at University so why isn't it a subject in high school. New Zealand certainly can't expect an 18 year old to leave school ready to vote, and then to finally go threw the long process of going threw whose good and whose not. Its not ethical.

We should be making informed decisions based on the topic, not just a "oh he has nice teeth, ill vote him" type of votes.

Politics is a serious topic in New Zealand and it is severely important to youth, but how can we maximize our younger generations voice so we young people can also be heard in politics nationwide?

Comment your thoughts on the topic below regardless of age and thanks for reading...

EARLIER ARTICLES ON STUFF.CO.NZ RELATED TO ME

The young and the restless of politics - 20th August 2013