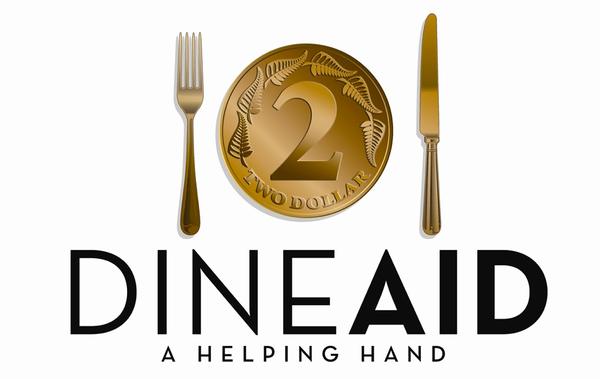 With a target of $100,000, the innovative DineAid campaign has got off to a roaring good start with around $20,000 raised through Taste of Auckland initiatives.

And while the organisers won’t know exactly how much has been raised until year’s end, at the halfway stage they’re urging diners support participating eateries.

The two-month annual charitable campaign is designed to help hungry and homeless New Zealanders. It runs from November until New Year’s Eve and involves customers at selected restaurants and cafés nationwide donating their spare change to the cause.

DineAid has been Taste of Auckland’s charity of choice since both began in 2008 and around $20,000 was raised at the event and also at a charity auction.

“Our target for 2013 is $100,000 and with only a month to go it’s time to get out and support all the cafés and eateries participating in the initiative,” Annabelle says. “It’s simply a matter of adding $2 or more to your bill – how easy is that?”

Since it launched in New Zealand five years ago, DineAid has raised almost $400,000. Every single cent goes to City Mission Food Banks in Auckland, Wellington and Christchurch, which distribute goods to 140 locations throughout the country.

“The cost of the food in a food parcel for a family of four for four days is $62.71. Demand in Auckland has almost doubled in the past five years. We distribute around 11,200 parcels a year now.

“The food is hardly gourmet but we try to make it nutritious so I urge Kiwi diners to pause for a moment when they are paying their bill and think of those who are less fortunate than they,” Diane says.

With more than 150 restaurants and 200 cafés involved in this year’s campaign, all palates and budgets are catered for.

Diners have the option of adding $2 to their bill at the end of a restaurant meal or can drop $2 into collection boxes in any participating café.

For more information on DineAid and a full list of participating restaurants and cafes head to www.dineaid.org.nz