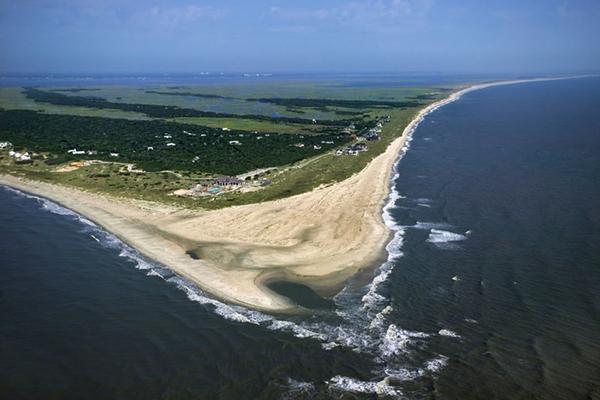 AdventureCORPS, Inc., the masterminds behind the world-famous 135-mile Badwater® 135 Ultramarathon running race held every July between Death Valley and Mt. Whitney, have announced a three-race Badwater Ultra Cup for 2014. The series kicks off with the first ever East Coast Badwater event, Badwater Cape Fear on Bald Head Island, NC on March 22, continues with Badwater Salton Sea on May 5-6, and then culminates with a new and improved Badwater 135 on July 21-23. More information is available at http://www.badwater.com

The BADWATER® ultra running experience comes to the East Coast for the first time when the inaugural BADWATER CAPE FEAR race takes place on Bald Head Island, North Carolina on March 22, 2014. Registration is now open and an image of the 51-mile race finisher's buckle is attached, along with other images from the race route.

With 50km and 51-mile options, the race features a twelve-mile warm-up on the car-free, one-lane-wide roads of Bald Head Island, followed by either 19 or 39 miles of running on the wild and secluded sandy beach between Cape Fear and Fort Fisher. The race is held along the Atlantic Seaboard with spectacular views of the Frying Pan Shoals to the east and wild and undeveloped marshlands to the west. It is a dramatic, invigorating, inspiring setting to experience Cape Fear in all its grandeur!

This exquisite natural setting is the perfect antidote to the "real world" and a wonderful counterpart to the desert sands of the Mojave Desert and Anza-Borrego Desert featured in the two West Coast BADWATER® races.

Bald Head Island and nearby Southport, NC (featured in the film "Safe Haven") are ideal vacation get-away spots for the entire family, located less than one hour from Wilmington, NC and its major airport with Delta and US Airways service.

Once the remarkable beauty and quaint southern charm of this area are experienced once, we anticipate that most Badwater Cape Fear participants will make this race an annual pilgrimage.

Currently 58 runners are registered for the inaugural edition and there is room for more adventurous runners to be part of this historic new event. Remember, there can only be one first edition and one chance to say "I was there!"

Badwater Cape Fear is the first leg of the BADWATER ULTRA CUP, which includes Badwater Cape Fear on March 22, the 81-mile Badwater Salton Sea on May 5-6, and then Badwater 135 on July 21-23. Those runners who complete all three full-distance events in the same calendar year will be featured on the Badwater website and their virtues will be extolled throughout the Internet and in future editions of BADWATER Magazine. The male and female runners with the lowest combined times for the three events will be recognized as the 2014 Badwater Ultra Cup champions!

More information is available at http://www.badwater.com