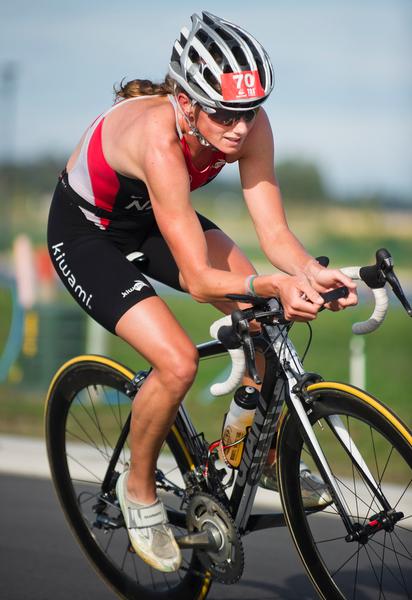 Pegasus plays host to the latest round of the .kiwi Tri Series this Sunday and it is racing with a difference in New Zealand this summer as triathletes race over the super sprint heat and finals format in both age group and elite categories.

Elite racing carries Oceania Sprint Cup status and with it the lure of vital ITU world ranking points. This has attracted an international quality field as well as a host of the best New Zealand triathletes to Pegasus.

Tri NZ National Coach Greg Fraine is looking forward to both the format and the course at Pegasus with some clear goals in mind for the New Zealand triathletes.

“Christchurch offers a great opportunity to really challenge our athletes with fast street racing. Kiwi triathletes have always been known for their physical strength but with the shift in speed in racing on the ITU circuit over the last four years, we need to prepare our triathletes with fast hard training and racing. .kiwi Pegasus offers us this on a safe fast course.”

Fraine says while much hard work has been put in during recent training camps, there is nothing like racing to put an athlete under pressure.

“The triathletes have been in a big base and strength phase since early December which culminated in our January camp at the Snow Farm in the Cadrona Valley near Wanaka. Kinloch last weekend and now Pegasus offers a measure of where the Tri NZ squad is really at. Racing provides the coaching staff with a look at the athletes under pressure.

“The coaching staff are very happy with the progress shown by all the HP athletes from Talent ID/ development through to our podium squad, all have responded very well to the challenges set and are looking forward to another successful weekend.”

“The .kiwi Tri Series is about our athletes getting out and delivering, they learn to race, learn to win in some cases and all are expected to challenge themselves. Even for those who come away with a win we expect all triathletes to be looking at how they went about executing their race and to subsequently learn and adjust their approach for the next race accordingly and then test themselves again.”

For the New Zealanders Sophie Corbidge (Auckland) will back up after her impressive showing at Kinloch where she took out the elite and U23 Oceania Sprint titles but will be up against a deeper field this week, including Nicky Samuels (Wanaka) who won convincingly at the Takapuna .kiwi race two weeks ago and one of the rising stars on the ITU World Series programme in Maaike Caelers (Netherlands) and a host of other international triathletes searching for ITU points and strong results.

The men’s races will again feature Ryan Sissons (Auckland) and Tony Dodds (Wanaka) in a rematch of their one-two result at Kinloch but they too will have international opposition in the shape of the French, Australian and Netherlands teams while USA, Czech Republic and Great Britain are also represented on the start line.

The elite triathletes will be drawn into heats set to go at 10.00am and the finals at 12.20pm. The day gets underway at 8am with the first age group events, with racing over the 3:9:3 beginner distance, 1:2:1 for the kids as well as the same super sprint heat and finals format for age groupers.

Triathlon New Zealand acknowledged the support of the Christchurch City Council in the ongoing hosting of the event at Pegasus, highlighting the support and cooperation of the CCC in helping maintain the events presence as the city continues to recover and rebuild.

“Christchurch City Council has been a fantastic help to us as organisers and Christchurch will be a great host city to not only the age group participants but the international athletes as well,” said .kiwi Tri Series Event Director Lauren Watson. “This event at Pegasus has been growing over the past few years and in a small way keeping Christchurch in the media for the right reasons as host to events and visitors from around New Zealand and in this case, from around the world. It is a great venue for our event and a great city to be a partner with.”