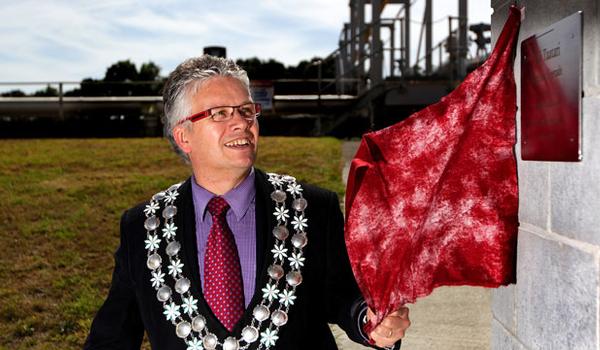 LATEST: New Plymouth Youth In Politics have a busy week of interviewing on local radios all over Taranaki next week.

New Plymouth Mayor Andrew Judd is to be interviewed on radio next Wednesday by Michael Riley of New Plymouth Youth in Politics.

Michael Riley the interviewer will be asking questions about youth development on Council, and also about youth topics in general.

The interview with Andrew Judd will be thirty minutes long.

Since this announcement Youth In Politics have been asked by numerous stations including Taranaki's The Most FM and two South Taranaki station's to come on air live with them.

The Most FM have a show called 'The Buisness Hour' every Wednesday from 10am of which Michael Riley has been invited to go on and Youth In Politics accepted the invitiation.

The Taranaki Daily News have also been invited to attend the Most FM at the time.

The third and fourth stations, both South Taranaki station's asked Michael to go on live Wednesday afternoon however Youth In Politics declined.

"I am very excited about the two stations The Most FM and Access Radio Taranaki letting me come in on Wednesday" Michael said.

"From 8.30am I will be on air with Daniel Keighley on the Wednesday morning show on Access Radio, then Judd will come in at 9am"

"I however declined an offer to go on two South Taranaki stations because I believed one hour on two stations in North Taranaki would be the limit for the day" he said.