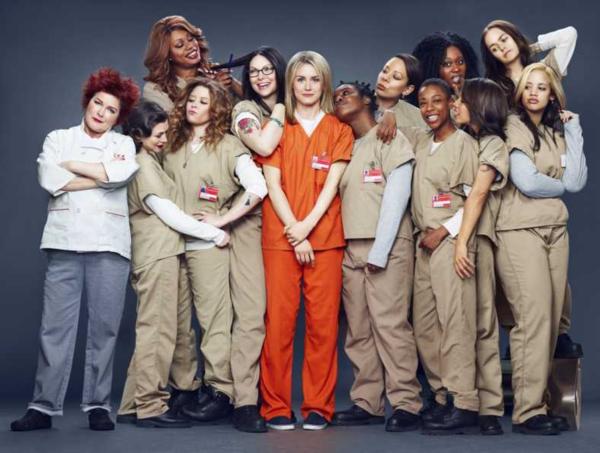 TVNZ Ondemand serves up full access to Orange is the New Black Season One and Two CREDIT: TVNZ

This September, TVNZ Ondemand invites viewers to break out the box set, and settle in for a marathon viewing session of cult hit prison dramedy, Orange is the New Black (OITNB).

Visiting hours will be around the clock, with both seasons of the critically-acclaimed show being available exclusively Ondemand.

Whether you’re a binge watcher or prefer to drag it out, OITNB fanatics can get up close and personal with the ladies of Litchfield, no chains attached. TVNZ Ondemand is the only place to find both seasons free, for the month of September.

“Lots of our viewers want to watch shows on their own schedule – so it’s fantastic to be able to offer Kiwis even more choice with free and full access ondemand to one of TV’s most talked about shows,” says Jason Foden, TVNZ’s GM Ondemand.

“We’re excited to be the first in New Zealand to offer viewers both seasons of Orange is the New Black in one hit. We’ve had a huge response since we ramped up our release of key shows ‘First and Fast’ on TVNZ Ondemand this year so we expect this will also go down really well with audiences.”

Season one saw Piper Chapman’s wild past come back to haunt her, resulting in her arrest and detention in a federal penitentiary. To pay her debt to society, Piper trades her comfortable New York life for an orange prison jumpsuit and finds unexpected conflict and camaraderie amidst an eccentric group of inmates. And now the jailbirds are back with conviction in the show’s highly-anticipated sophomore season, which is only available on TVNZ Ondemand. Season two will also air later in the year on TV2.

Piper, Red, Crazy Eyes, and the gang will have their bunks ready for inspection on September 1st.
Will you be visiting?