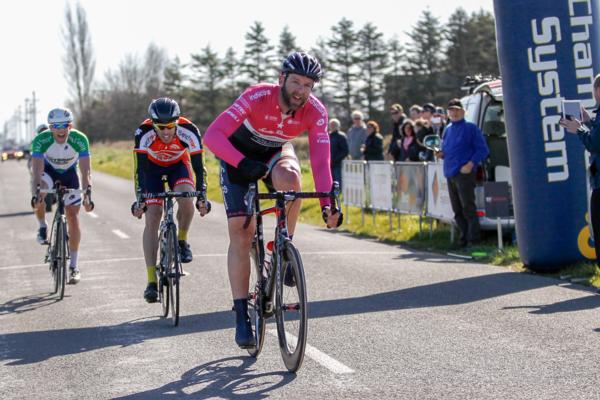 The fifth round of the Benchmark Homes Elite Cycling series, The Tasman Classic in Moutere near Nelson, is shaping up on Saturday as an exciting battle with a number of riders still in contention for overall series honours across several classifications with only two races left.

The Neudorf Hill Circuit has a number of climbs on narrow winding roads and features some rolling terrain and fast flats that will provide a stern test for riders.

Double winter and summer Olympian and local Nelson rider Chris Nicolson is also within striking distance of the top of the points table, made even more impressive as he is eligible to ride in the Masters 45 to 49 age group and suffered a potentially fatal cardiac arrest last year.

Ian Smallman (Team Thule Racing) will be keen to claim a win after two fourth placed finishes, one third and a second which has him leading the master’s 35 to 44 grade by 28 points from Scott Wilder (Dad’s Army) with Justin Sims (Armitage Williams) only two points behind Wilder.

Smallman will have Wellington’s David Rowland’s (Armstrong Subaru) looming as a major threat. Rowland lines up for only his second race in this year’s series after winning round three and should be in good form after racing in a number of amateur events in Europe over the New Zealand winter, including the World Amateur Road Champs in Slovenia two weeks ago where a broken wheel five kilometres from the finish cost him a podium spot.

Things are very tight at the top of the masters 45-49 classification with Paul Gough (Cycle World) clinging to a two point lead over Blair Stuthridge (Thule) and Warmup Cycling’s Lee Johnstone who won this round last year.

Jorg Engelbrecht has a 21 point lead over his Thule team mate Andre Chappell in the over 50 master’s men while women’s leader Elyse Fraser is locked in a battle with her Benchmark Homes team mate Sharlotte Lucas and Nelson’s Karen Fulton (Tasman Wheelers) with only eight points separating the three leading ladies.

Silver medallist in the road race at 1986 Edinburgh Commonwealth Games Greg Fraine is another strong rider making only his second appearance in the series. Fraine (Dad’s Army) heads up Triathlon New Zealand’s High Performance program and won the over 50’s classification in his sole race in the series on tough Hanmer Springs to Kaikoura route in round three in May.

There’s little doubt that Saturday’s race will produce some ‘fireworks’ with the course providing a great mix of climbing and flats as riders and teams fight for results to put themselves in a strong position for the final round, the Faringdon Team Time Trial and Benchmark Homes Hell of the South that features a number of gravel sections, on Saturday the 4th of October in Canterbury’s Selwyn District.

The elite men’s field will race over 127 kilometres while the masters and women’s events will tackle 107 kilometres.