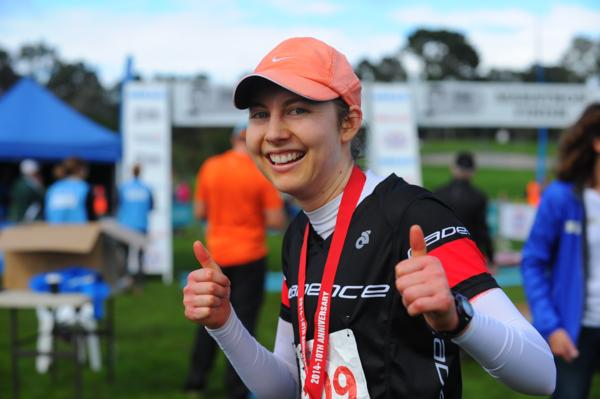 On Saturday 13th September, Manukau based 23 year old runner Rachael Kingstone has defended The Legend – Arthur’s Half Marathon title that she first won in 2013. Rachael won the race in a time of 1:30:28, less than a minute ahead of second place getter Maiya Christini in 1:31:23. It has not been an easy year for the 23 year old "I had such good memories from winning last year which got me through injury rehab for 9 months. So it was great lining up to start this iconic race. However time does dull the toughness of the challenging hilly course". Men's winner Sasha Daniels also defended his 2012 Arthur's Half Marathon title in 1:16:26.

The Total Sport event is a gruelling race conceived by Ian Winson, Chairman of The Legend Charitable Trust. The half marathon is held alongside the marathon, 10km, and 5km events, following the Waiatarua routes set in the Waitakari Ranges of West Auckland. The events were created in conjunction with the Arthur Lydiard himself, on courses that have produced some of our most famous and successful Olympic athletes, the likes of Peter Snell, Murray Halberg, Barry Magee, and Bill Bailey.

Rachel is a relatively recent addition to the CADENCE Coaching team, an Auckland based coaching company with a particular interest in assisting endurance athletes of all abilities achieve their goals. Rachael was one of five CADENCE athletes who took part in The Legend – Arthur’s Half Marathon. CADENCE Coach James Kuegler says “we are excited to be guiding her through her training. The Auckland Half-Marathon is the imminent focus, though making sure that Rachael is enjoying her running, and able to log a period of injury free running is our most important goal. It is obvious that Rachael has talent, and we believe that with good guidance her running future is bright”.