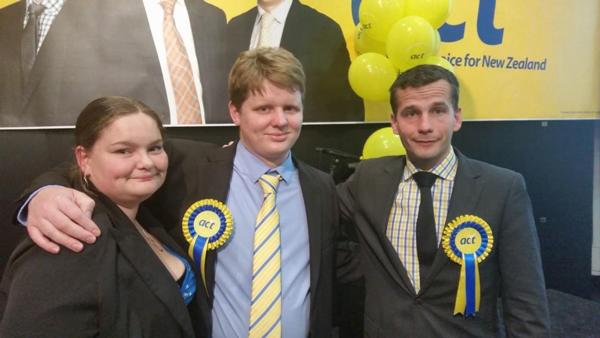 ACT Candidate: Support has dropped throughout the country

ACT Party's support in the New Plymouth electorate has slumped, and New Plymouth candidate James Gray said the buck fall's partly on him.

An exclusive interview with James Gray revealed that he believed a more experianced person might have done better in the electorate.

"It's my first time running, and I'm sure somebody more experienced might have done better" he said.

While Gray said he might keep the candiacy in New Plymouth, it's too early to tell for the political party that only gained one seat in Parliament.

While it's been a tragedy for the party thats support was "lost all around the country" there was still something to be happy about.

"National leads the government once again, Conservatives are out, Internet MANA is out, David Seymour is in parliament, so we have plenty to be positive about even if we didn't achieve all of our goals."

Jonathan Young of National kept his MP position for New Plymouth with just shy of 20,000 votes, around 9000 votes more then his opposition Andrew Little.