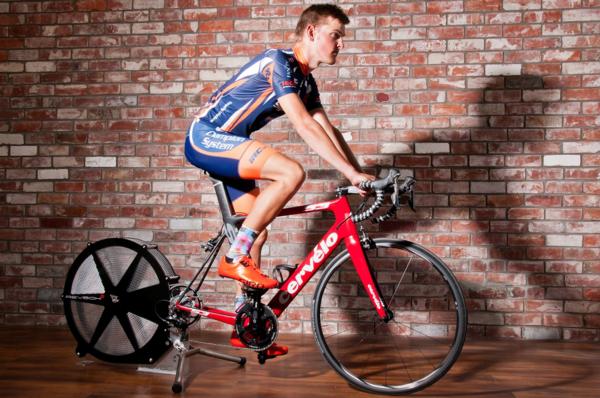 The Revbox ERG has played an important part of Vink’s training as he built up for racing in Europe this year with his new Continental team, Champion System. “It allows me to do specific efforts in a controlled environment I can’t replicate on the road,” he said before leaving for Belgium last week. “That really helps me on the road when I’m riding and racing and I’m sure it will pay dividends in Europe this year.”

Horgan, who is based in Christchurch but rides for Australia Continental team Budget Forklifts, says it’s a ‘massive asset’ to his training, reinforcing Vink’s thoughts saying it is fantastic for high intensity specific efforts, critical to his training.

“The Revbox really builds strength as every muscle is engaged all the way through a pedal stroke,” Horgan says “No effort is wasted, everything counts and as I also work I really need to make every training session count so the Revbox is worth its weight in gold.”

Horgan added he loves the fact it’s made in New Zealand saying he thought it was lighter than he expected but was very solid, smooth and easy to transport.

“Both Sam and Michael really understand the Revbox and how its adds significant value to their training,” he said. “They both will represent the Revbox well as we grow its profile and brand and more people understand the concept of a wind-braked, low-inertia cycle trainer.”

“The Revbox is great for athletes at Linda, Michael and Sam’s level all the way through to recreational cyclists wanting to get the most out of their training time. The use of air braking creates resistance so your own efforts drive the results,” Schacht said.

“For the last three years we’ve worked hard to make our vision become reality. We’ve developed, enhanced, tested and patented the Revbox, and now we're ready to produce the new generation model as cost-effectively as possible and distribute it internationally; it’s an exciting time.”

A dedicated, international team of keen cyclists driving this project:

What the Revbox can deliver (at a glance)