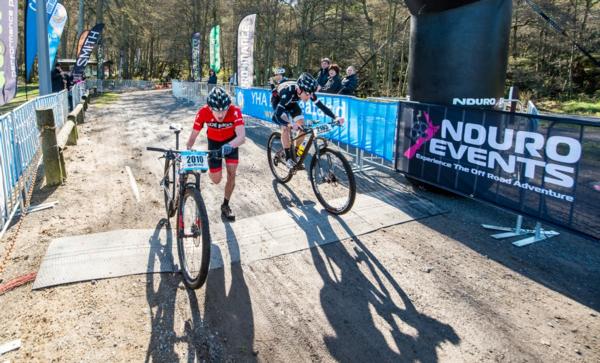 It may be more than a decade old; but Rotorua’s NZO Ride Central Winter MTB Series shows no signs of slowing down.

A record field of 650 riders greeted the starter on a spectacular winter’s morning. Fittingly, on a day characterised by tight racing, spectators were treated to what might have been the most exciting finish seen in the more than ten years the series has been running.

Tauranga’s Ben McLeod seemed to have the mid-distance event locked up as he went off the front in the closing kilometres and held a strong lead over rival Harrison Mudgway who seemed content with second. But at the final creak crossing, just 250m from the finish, disaster struck as McLeod dramatically snapped his chain and for a brief moment, nearly threw in the towel. But like a true champion he ran his bike across the rocky surface to just fend off a desperate final lunge from Mudgway by mere inches.

But the excitement of such a thrilling finish was not to be solely confined to these two determined athletes. In fact, aided by the introduction of a new innovation to this year’s series (the Enduro segments) close racing and intrigue ruled the day across all categories. Adding an extra “race within the race” these segments involve a specific segment of the course (predominantly downhill) and timed to the split second, with separate titles and prizes up for grabs for every rider in both mid and long course events. Not only was the innovation successful, but it proved to be a defining moment of the feature long course events.

Early in the Long Course race a strong lead bunch of 12 men had formed largely staying together as they closely watched, monitored, and countered their rival’s efforts. That would all change though on the tough ascent of Hill Rd as NZXC rider Dirk Peters launched a brutal attack that splintered the bunch and left him solo at the head of the field. Working hard on his home trails he would maintain a gap of around 30sec on his friend, rival, and flatmate Carl Jones. That lead remained until they entered the Enduro segment on the famed Be Rude Trail. Determined to stamp his mark on the Enduro classification Jones attacked the section hard. His efforts not only won him the segment title, but drew him right back to Peter’s rear wheel.

Similar was happening at the head of the women’s field as local legend Annika Smail doggedly pursued Upper Hutt’s Kim Hurst. A 24hr World Champion, Hurst was searching for intense racing to find the speed in her legs before heading for Canada to contest events on the World Cup circuit. A fast start saw her in control as Smail (who knows the trails better than anyone) was forced to chase. Just as Jones had done up ahead, Smail’s dominance of the Enduro segment would put her right back in the game, and the two entered the final stages of the race locked in battle.

Ultimately, it came down to mere seconds as the battles continued right to the final singletrack. Jones ensured it was his shout at the flat that night as he edged Peter’s in a final sprint. While Hurst would prevail in the women’s a mere 3 seconds ahead of Smail.

Close and exciting racing, on a course enjoyed by all. The 2015 edition of the popular series has launched spectacularly and race director Tim Farmer was understandably buzzing afterwards. “Still kinda lost for words on how we make these things work, big huge thanks to all my crew, and all the other who made the weekend work. And of course all the riders who got out there and gave it a go. I take my hat off to you. Looking forward to doing it again, with even more smiling faces, on August 2nd”.