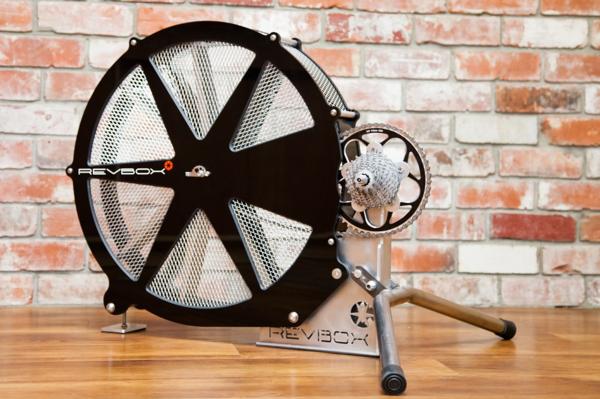 Philipp Schacht, Partner and Managing Director of Revbox New Zealand, said his team was ‘very excited’ to be working alongside a World Pro tour cycling team competing at the top of the sport.

“It really is fantastic and a huge endorsement about what the Revbox Erg can provide as a stationary cycling trainer,” he said.  “The gains an athlete can achieve using the Revbox Erg are very significant and to have this recognised by one of the world’s leading professional cycling teams is very encouraging.”

Lotto Soudal Team Manager Bart Leyzen said he was really impressed by the Revbox Erg and was looking forward to seeing the gains his cyclists could achieve training with them. "The trainers are compact, light, easy to transport and will give our cyclist as tough as a work out as they possibly need," he said.

“The Revbox Erg can easily be integrated into an athlete’s year round preparations for major goals. It’s perfect for professional athletes all the way through to recreational cyclists wanting to get the most out of their training time too.”

The Lotto Soudal team and Revbox New Zealand Limited will officially start working together on the 1st of January 2016.

Enhanced muscle activation throughout the whole pedal stroke
The ability to smooth and improve the pedal stroke by listening to the sound of the machine
Perfect strength and endurance training for cyclists, runners and swimmers
Consistent and precise training in a controlled environment
Proven results for professional athletes as well as weekend cyclists of every age and ability
Excellent rehabilitation after accidents and injury due to its low inertia
Additional app can show accurate power, heart rate, cadence, calories, speed, distance and more
Additional app can connect and upload data to TrainingPeaks and other training programs
Train with - or against - your mates everywhere in the world on a video screen

Low inertia, which helps you learn to pedal the right way for your body
The use of air braking creates resistance; your own efforts drive the results
Very compact; easy to transport and set up
Compatible with 10 and 11-speed drivetrains as well as 12mm through axles