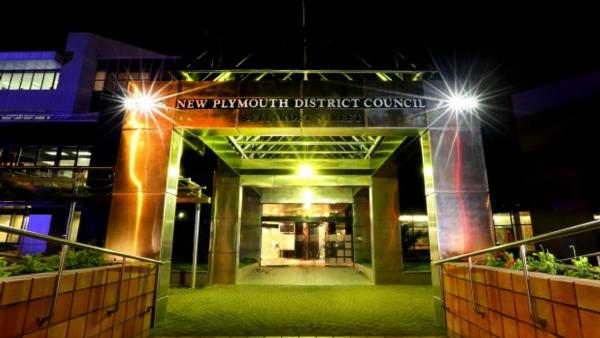 In July, Riley told supporters he was considering the upcoming local election, and had an great response from friends, family and New Plymouth locals.

“One of the great ideologies I learned from doing that first part of consultation was learning what New Plymouth really wants. We have a city that loves development. New Plymouth has the biggest amount of patriotism I know.”

“I will incorporate this into future policy, not just today’s announcement, but policy for months, and years to come,” Riley said.

“We need an airport with the times. We currently have a council that say's no to an international airport, I say, let's actually look into it. It's possible. Instead of talking about it, but not doing anything, let’s do it. Support me and we’ll get there,together.”

Riley also announced there was a need for port development and that "we should be accepting in cruise ships, especially in summer."

Michael being 18, would be Taranaki's youngest election candidate in history, however, Riley told local media age was just a number.

"I don't see age as a barrier. I have led a successful campaign to get Jetstar to the region. I was an influential force as a youth councillor and lead an inspiring condemnation of the council’s woeful decision to end youth representation,"

"I'm confident I will make a fantastic New Plymouth councillor, but will need all the support I can get to get there." he said.

Nationally known blogger Bennett Morgan, based in Wellington, has already endorsed Mr Riley as 'the right man for the job', "with an opinion on everything and anything council and an endless stream of ideas to make things better to improve the lives of New Plymouth’s residents."

Yesterday afternoon social media was a buzz of specultation that Mr Riley was planning to announce his candidacy. When the announcement had come, the comments of support flooded in.

"Great to see a young person so passionate about his part of the world. Good for you Michael," she said.

While others suggested Michael go all the way to the Mayor's office.

Candidate Riley turned down any further speculation that Mayor was on his list, saying he was 'quite happy' with his decision to run for councillor.