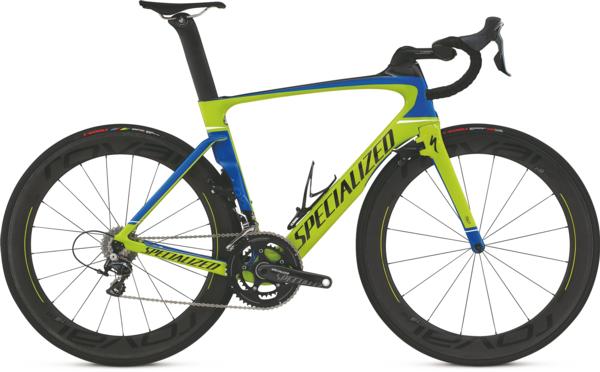 Everyone booking a table or seat for the RICOH Legends of Cycling dinner on January 28 in Auckland next year is in the draw to win a Specialized Venge ViAS Pro road bike valued at $13,000. CREDIT: Specialized NZ

There is a chance to win a Specialized Venge ViAS Pro road bike valued at $13,000 just by purchasing a table or seat for the RICOH Legends of Cycling dinner on January 28 in Auckland next year.

Specialized say the Venge ViAS is two minutes faster than a standard road bike over 40 kilometres claiming it’s as fast as a Specialized Shiv TT bike with a stiffer bottom bracket than Specialized S-Works Tarmac model’s.

The RICOH Legends of Cycling dinner on January 28 in Auckland next year will be the highest profile gathering of world famous cycling identities ever seen in New Zealand with organisers saying it will also be a celebration of all things cycling.

Featuring one of the greatest cyclists of all time American Greg LeMond, a three time Tour de France winner and two time world champion, the international voice of cycling Phil Liggett, New Zealand’s most successful professional cyclist Julian Dean and some special guests, the RICOH legends of Cycling Dinner is being hosted by SKYCITY.

“We have a great group of very keen sponsors which is fantastic for the event,” John McKenzie from the media & events company organising the event, enthuse says. “They are all passionate about cycling and the event and are all looking at ways to add some value with Specialized giving a bike away to one lucky person coming the latest example of that commitment.”

McKenzie says momentum is building well for the event and both Greg LeMond and his wife Kathy are really looking forward to their first visit to New Zealand. “They have never been here and I was recently going through all the great things they could do while here with Kathy as they are planning to stay on after the event to go touring and fishing.”