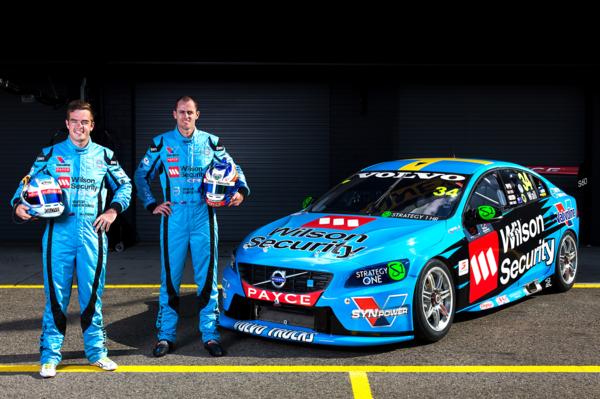 Kiwi motorsport fans will have the chance to face off against Australasia's top V8 Supercar legends just one day before New Zealand's largest international motorsport event.

The Supercar stars Kiwi Scott McLaughlin and Aussie David Wall will both compete in the  ITM 500 V8 Supercars, but not before battling it out in virtual simulators just one day before the race at an exclusive event.

The ITM 500 is worth in excess of $7m to the Auckland economy and attracts thousands of spectators to the Pukekohe based event, as well as an international television audience of millions.

Christchurch born McLaughlin, 22,  is the youngest driver ever to compete on the V8 circuit and won his first race in a V8 touring car series in 2011 aged 17.

He will go up against fellow Volvo Polestar Racing team member and Aussie David Wall, 32, who has competed in professional motorsport since 2005 with numerous Australian titles to his name.

The invitation only event will also offer guests the chance to pit themselves against the drivers with race commentator and MC Stephen McIvor planning to take a turn behind the wheel.

McIvor will also host a question and answer session before the V8 fans step into the simulators to race against the champion drivers.

The general manager of Volvo NZ, Stephen Kenchington, says the evening will provide an insight into the lives of the drivers as they prepare for the biggest motorsport event on New Zealand's calendar.

"Motorsport racing provides a multi-million economic and tourism boost to New Zealand, we're proud to be able to host events such as this which help raise the profile of the sport in this market," he says.

The event will take place on November 5, at Volvo’s Greenlane showroom.