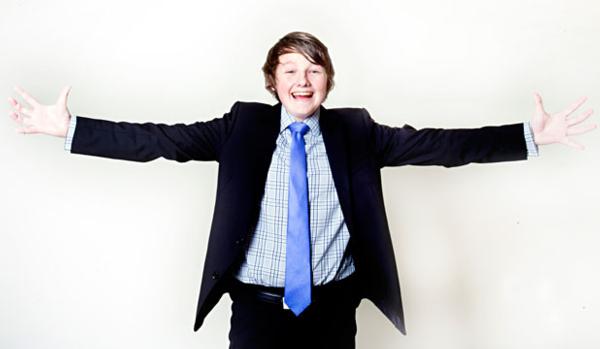 Taranaki election candidate Michael Riley, 18, is going on a nationwide tour of the country as part of his election campaign for New Plymouth District Council and he's looking for a young representative to take the tour with him.

The tour will include attending local workshops and holding public meetings with members of communities, which will include both South Island and North Island locations such as Auckland, Wellington and Napier, springing as far south as Christchurch, Invercargill, Dunedin and Queenstown.

Riley says it's all part of looking at the wider perspective of what makes a local community.

"We must look at what other towns and cities do, to ensure ours is up with the times. I'll be looking at Queenstown especially due to its high tourism numbers," he said.

The first city on the teenagers list is to head to Auckland for Jetstar Airway's first ever flight from Taranaki.

Riley was instrumental in the success of getting the airline to the region and [Jetstar] were providing "an experience like no other" for Michael, ONE News reported in 2015.

Riley operated a campaign in support of the airline, which gained more than 14,000 supporters on Facebook within one month.

The New Plymouth teenager announced his candidacy for local council earlier this year with years of experience in and out of New Plymouth council.

* - dates to be confirmed

To Christchurch, late May 2016