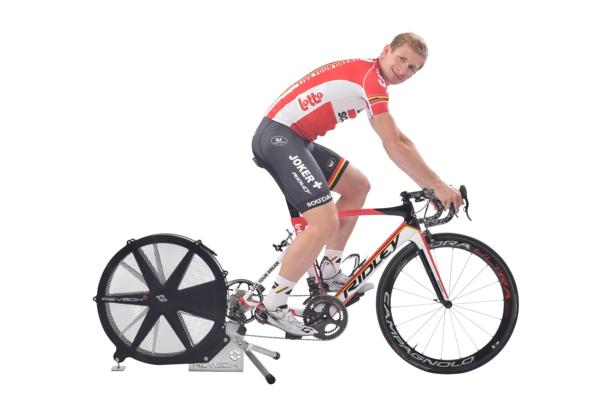 New Zealand based Revbox is set to make an impact in the European market after securing a distribution deal with Belgium premium bike manufacturer Ridley.

The Revbox Erg will be now be available in six European countries after Partner and Managing Director of Revbox New Zealand Philipp Schacht confirmed the relationship with Ridley after starting discussions at Eurobike in late August last year.

“It’s another really exciting milestone in the Revbox journey,” Schacht said.  “After joining forces with the Lotto Soudal pro cycling team that ride Ridley bikes the distribution deal was a natural progression that will see Ridley distribute the Revbox in Belgium, The Netherlands, Germany, France, Spain and Austria.”

Schacht said distribution was already underway in Europe and he was ‘very excited’ to have a partner like Ridley on board as they target a very similar group of customers, so says the alignment with the Revbox Erg stationary trainer should be a strong one.

“Ridley has a very strong presence in Europe, in particular the six countries where they will distribute the Revbox. We are looking forward to working with their sales team to grow the profile and demand for the Revbox in Europe.”

Schacht said the relationship should work well as the Revbox shares many of the same brand attributes as Ridley which includes quality, performance and attention to detail.

Ridley owner Jochim Aerts said he felt the Revbox would be well received in Europe as it was a high quality stationary trainer that was perfect for professional athletes all the way through to recreational cyclists wanting to get the most out of their training time.

“The Revbox Erg is an air braked, direct driven cycle trainer with minimal rotational inertia that provides a controlled training environment that results in vital incremental fitness and strength improvements. Philipp and his team have worked very hard to provide a world class product.”

Enhanced muscle activation throughout the whole pedal stroke
The ability to smooth and improve the pedal stroke by listening to the sound of the machine
Perfect strength and endurance training for cyclists, runners and swimmers
Consistent and precise training in a controlled environment
Proven results for professional athletes as well as weekend cyclists of every age and ability
Excellent rehabilitation after accidents and injury due to its low inertia
Additional app can show accurate power, heart rate, cadence, calories, speed, distance and more
Additional app can connect and upload data to TrainingPeaks and other training programs
Train with - or against - your mates everywhere in the world on a video screen

Low inertia, which helps you learn to pedal the right way for your body
The use of air braking creates resistance; your own efforts drive the results
Very compact; easy to transport and set up
Compatible with 10 and 11-speed drivetrains as well as 12mm through axles

Ridley Bikes was started in 1997 by Jochim Aerts, a frame builder and painter who had been producing frames for Belgian bicycle companies since 1990. Ridley became the market leader in Belgium for racing road bikes.It has always been a key part of Ridley's product development to create a strong alliance with their teams, not just providing them with bikes, but working on a very close basis with the riders and the team mechanics to develop their models. The sponsored teams compete on ‘stock’ frames which enables Ridley to test under extreme riding conditions. This is Ridley's core development program to ensure that a well refined product is launched to their customers. Feedback from the teams fuels the next generation of Ridley bikes. The Belgian World Tour pro racing team Lotto-Belisol ride Ridley bikes.