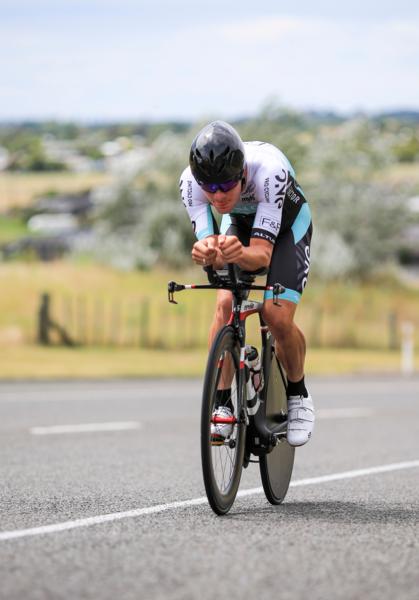 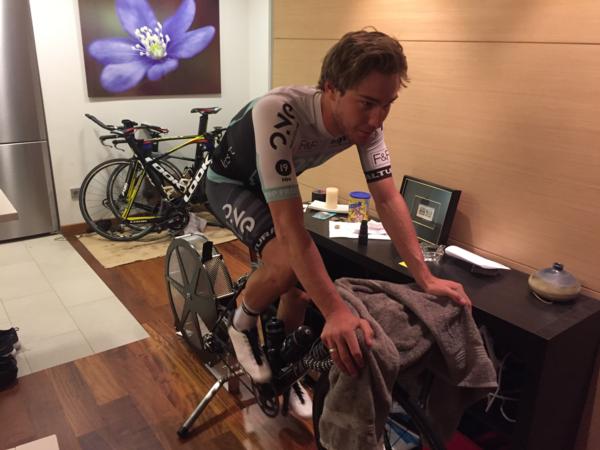 Young kiwi professional cyclist Hayden McCormick is the latest athlete to sing the praises of the Revbox Erg, a revolutionary stationary trainer building a reputation for being the best of its kind in the world. CREDIT: Hayden McCormick

McCormick latest to sing praises about the Revbox

Young kiwi professional cyclist Hayden McCormick is the latest athlete to sing the praises of the Revbox Erg, a revolutionary stationary trainer building a reputation for being the best of its kind in the world.

The current New Zealand Under 23 time trial champion who is based in Europe riding for Pro Continental team ONE Pro Cycling says the Revbox has quickly become a vital part of his training programme.

“I’m loving it,” he says. “It’s perfect for doing specific efforts and the low inertia element means I’m working through every part of my pedal stroke and it’s making a big difference.”

McCormick, one of the youngest riders at ONE Pro Cycling, moved to the English team from the Lotto-Soudal U23 Team. It’s an exciting opportunity for McCormick and his two other kiwi team mates Dion Smith and James Oram as the team has ambitions to step up to WorldTour level within the next couple of years.

“ONE Pro Cycling is a great environment to be in,” he says. “The programme we have is very good; we know when and where we’re racing well ahead of time and we’re getting to have a crack against some of the best teams in the world and we’re more than holding our own.”

The former national Under 23 road race champion started using the Revbox last month and he says it didn’t take long to start feeling the benefits. “You can tempo ride and use it for recovery, but it really comes into its own doing strength efforts and intervals. It’s really efficient to be able to just jump on, warm up and hit some tough training sessions then recover. It’s definitely an important part of my year round training now, and is built into my training schedule.”

McCormick is focused on his development as a professional road cyclist and stresses how important it is to look for any elements that can help him be a better bike rider, saying the Revbox is now a vital tool in his bid to make it to the top levels of the sport.

Happy with how his training with a Revbox has gone McCormick joins several other high profile athletes as a Revbox New Zealand ambassador.

“I have no doubt the Revbox is going to make me a stronger cyclist so it’s great to become part of the Revbox family of ambassadors that know firsthand what a difference training with a Revbox can make.”