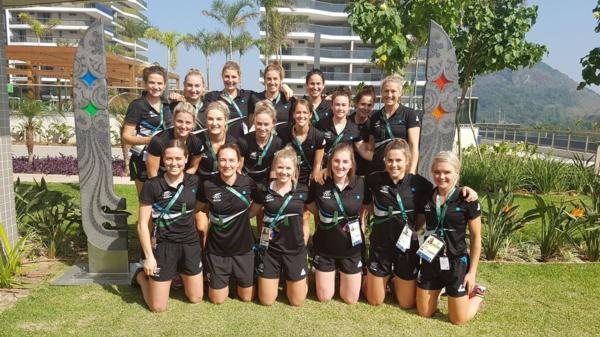 Sophie Cocks and Pippa Hayward are playing for the Black Sticks women's hockey team, with Amelia Gibson in the reserves.

Holly Greenslade and Olivia Loe have been selected in the reserve pair for the Rio Olympics.

Executive principal Gillian Simpson says "the St Margaret's College community is right behind the five Old Girls selected for the Rio Olympics".  So much so, that they are holding an event at the school where supporters can watch live coverage of the Black Sticks women's hockey team playing China on Sunday, 14th August, complete with a full cooked buffet brunch. Simpson says "We are tremendously proud of Sophie, Pippa, Holly and Olivia and we wish them all the best for their preparations over the coming days."

The hockey fundraiser breakfast includes commentary from a panel of special guests including Old Girls who have also played hockey for New Zealand.

“Getting the senior sports scholarship at St Margaret's College enabled me to pursue my lifetime ambition of becoming a Black Stick,” says Amelia Gibson.  “I got to participate in sporting activities with exposure to national competition as well as keeping excellence in my academic work.  I gained values around leadership, personal growth and made life long friendships within the St Margaret’s community.”

·      In 2016 she has been selected to join Olivia Loe in the reserve pair for the Rio Olympics.

·      In 2016 she has been selected to join Holly Greenslade in the reserve pair for the Rio Olympics.

In the photo Pippa Hayward is in the back row 1st on the left, Sophie Cocks is in the middle row second from the left, and Amelia Gibson is in the front row third from the right.