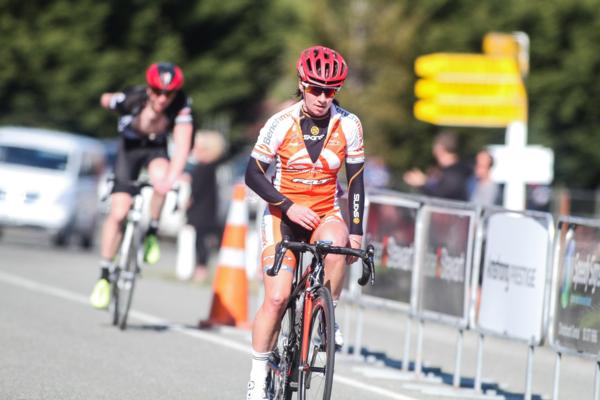 North Otago cyclist Tim Rush wants to build on his elite men’s lead while a real battle looms in the women’s race for individual honours in the fifth round of the Calder Stewart Cycling Series, the Small Business Accounting Methven Grand Prix, being held in the Methven District for the first time on Saturday.

Riding for the Mike Greer Homes cycling team Rush leads the men’s elite series by six points from his teammate Sam Horgan who is only one point ahead of Tom Hubbard (TotalPOS Solutions) who will again be missing from the start line as he is racing overseas with his Data#3 Cisco Continental Pro team.

Rush expects racing to be ‘fast and hard from the start’ with a shorter distance of 93 kilometres being covered with the first key climb in the Rakaia Gorge coming after only 10 kilometres of racing. Racing then heads onto Coleridge Road and past the Terrace Downs Resort heading to Lake Coleridge before returning to Methven.

“The first climb looks nasty and could split field,” Rush said. “With the race being a bit shorter it is going to be fast and hard from the start so I expect some aggressive racing with splits occurring early so we will have to be on our game as a team.”

Rush has a strong team surrounding him including national track team endurance squad member Alex Frame, who won the third round in Nelson in his only appearance in the series this year, who returns to the racing after a short stint racing in China that included a win on stage six of the recent Tour of Poyang Lake.

Rush will have to keep a close eye on TotalPOS Solutions  team mates Scott Thomas and Richard Lawson, who has just returned from racing in Europe, Central Benchmarkers-Willbike’s Liam Aitcheson and Hugo and Max Jones from Modus Contruct, who are all potential stage winners.

“We have plenty of cards to play in our team with Sam, Ben and I close in the standings, so there’s no doubt it’s going to be interesting times on Saturday on a pretty challenging course that has plenty of climbing,” Rush said.

An impressive win in the last round of the series moved last year’s women’s series winner Sharlotte Lucas (Benchmark Homes) to within two points of leader Michaela Kerr (Mike Greer Homes women’s Black) who also wears the Under 19 leader’s jersey after four rounds of racing.

“Our team is looking good and we are looking to move up in the points,” Lucas said “The new course will be challenging especially if it’s windy so racing may break up.  Michaela (Kerr) rode well last round and really limited her losses on the on the hill. She’s not afraid to have a go as well so she is someone I’ll be marking, especially if it comes down to a sprint.”

Even though she says it is tough course Kerr has her sights on keeping both her leader’s jerseys, setting up a real battle with Lucas, while also stressing they are keen to hold onto their lead in the teams classification as well.

“We have a strong team going into this race so want to hold onto to all our leader’s jerseys and we’re looking forward to racing with one of the biggest fields yet,” she said.

Dave Rowlands (Christchurch Mitsubishi) remains the man to beat in the 93 kilometre masters race. The Wellington rider sat up to let team mate Gavin Mason take overall line honours in the last round to record his first loss in the Calder Stewart masters series.

Rowlands, who leads the 35 to 44 age group classification with a dominating 25 point lead over Champion System’s Scott McDonnell, is clearly the strongest masters rider in New Zealand who has shown he has the ability to climb and sprint so it will take something special to see him beaten again on Saturday.

Lee Johnstone (Champion System), who has been the first rider home in the 45 to 49 age group in all four races this year to build a 32 point lead over Armitage William’s Tim Wilson, is one rider with the ability to beat Rowlands in a sprint finish, coming within centimetres of beating the Wellingtonian in the Nelson round in August.

Placemakers Brendon Ackeroyd, who made his first appearance in this year’s series in the last round where he finished fourth overall, is a master’s rider that could make an impact chasing an individual round win as he is not a threat for the overall series lead in the 35 to 44 age group.