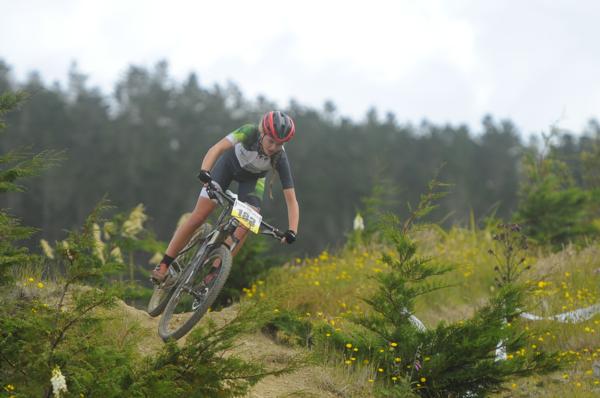 Two weeks ago it was youth that stole the show as the Camelbak Summer Cup kicked off in Palmerston North. As the series resumes in Tokoroa this Sunday the interest will lie in who can step up their performance the most?

Auckland teenager Jessica Manchester dominated the opener, and she will look to continue that dominance in Tokoroa. And while Manchester admits that with a heavy training load this week she isn’t expecting to feel so fresh this time around, the rest of the women’s field will clearly have their work cut out. For the men, the situation looks a little more open.

With round winner Gareth Cannon absent (competing in Australia), Wellington’s Ed Crossling starts as the obvious favourite. “Always for the win” Crossling laughed as he confirmed his intentions. “But seriously, still focussed on racing hard whoever’s there. The others will keep me honest”

There will be many eyes on Rotorua Junior Hamish Dodd, who with a standout 3rd overall two weeks ago in Palmerston North was the surprise package of race one. “It was somewhat surprising, but I was feeling pretty strong in the lead up to the race” recalled the Rotorua teenager. “That said, there are so many variables in racing, and I try going into races without too many expectations, rather just expect to give it all I've got.”

Dodd was the winner of the Mid-Course during the 2016 NDuro Winter Series, being awarded a Coffee Club Scholarship for his efforts. But for 2017 he has stepped up the distance, and will be hoping the confidence gained form his breakthrough will carry through to Tokoroa. While Dodd admits his surprise may have changed his mind set, he is determined not to get ahead of himself

“It's important to not get too overconfident, as I learnt in a big crash in Arapuke that almost took me out of the race. You can never bank on beating someone simply because you did last time, but it can sometimes give you an extra edge. You kinda think I've done this once; I can do it again”

But it’s never that simple. As Dodd set’s his sights on Crossling he’ll have to fend off any number of challenger’s equal keen to spoil the party. Rotorua’s Taylor Johnston sure to have a say, as will top U23 prospect James Kirkham. The Aucklander making his first competitive appearance in 2017 as he builds towards the NZ National Championships and his presence will certainly have a bearing on the results.

As will the course itself. The Tokoroa trails have seen a steady stream of riders in recent weeks. Eager to gain that all important trail knowledge, familiarity, and confidence that could make the difference on Sunday.

Event director Tim Farmer is pretty excited about the course "the course boast one of the most well-formed climbing trails in the central North Island, it will be a joy to ride on every lap". Perhaps a little too enthusiastically, as some experienced campaigners are expecting a testing few laps in the saddle. Even Dodd, despite his relative inexperience is aware of the challenges

“The Cougar Park trails are some of my favourites, they have a great mix of tough old school climbs and flowing descents. Though they're fun to ride, almost the entire course is single-track, which will make the road sections pretty frantic passing points.”

And for Crossling? “Nah mate. All fresh to me. Racing blind!” Yet at the same time a challenge he is really looking forward to having gathered a bit of intelligence on the course. “Hope it's a solid race. I refer when it's more about strength and less about flow. That would suit me fine.”

Sundays racing kicks off at 9:30am with Short Course, followed by Mid and Long Course events. For further information