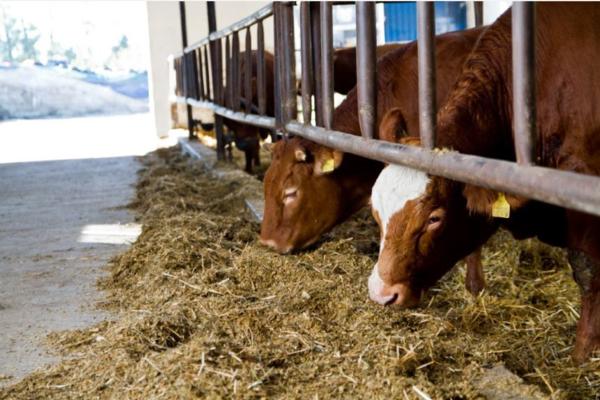 Directions of the development of EU production of pork, beef and their products

According to the report of the Food and Agriculture Organisation of the United Nations (FAO), the global agriculture will be forced to produce over 50% more food in 2050 than it produces currently.  It is undoubted, a challenge for EU meat industry producers. Therefore, the main strategic goal of animal production development, on the territory of the countries of the European Union (EU), is connected with modification of animal production methods. Countries of the Community currently put pressure on considering advanced molecular technologies, on the preservation of ecology, and on the well-being of animals.

One of the tasks of EU meat industry producers is to predict expectations of consumers and to shape animal production in a way, which would allow meeting the growing demands related to the quality of pork, beef and their products, the well-being of farm animals and protection of the environment. For that reason, and because of the growing demand for food on the global market and in the countries of the Community, special attention is paid to the directions of development listed below concerning breeding and animal production.

Molecular genetics and nutrigenomics Incorporation of advanced molecular technologies are aimed at perfecting production and functional features of farm animals. Studies that have been carried out so far have allowed identifying a number of genetic markers, which can be used for improving quality characteristics of products of animal origin. The so-called genomic selection is already being implemented in breeding programs in many European countries. It needs to be highlighted that this type of selection is currently the most advanced form, and it provides an opportunity to verify very carefully the breeding potential of farm animals. Because of the acceleration of the breeding progress, in the future, it will become a standard in the EU countries and in the world.
Another significant achievement in the field of science of pork and beef production on the territory of the EU is the development of nutrigenomics. It is an area of science that deals with testing the influence of food ingredients on the regulation of genes expression, also in farm animals. In this respect, it becomes of significant importance to define the relation between genotype of animals and the bioactive ingredients provided in their diet. Implementation of the new methods of molecular analyses within the scope of nutrigenomics allows developing systemic solutions for feeding strategies, which concern composition and way of preparation of feeds aimed at improvement of animals’ health condition.

Shaping of quality of European pork, beef and their products in terms of consumers' expectations
It is worth highlighting that in the recent years, consumers have been paying attention to health and safety of the meat products that they eat. Therefore, obtaining materials and products that have a positive impact on the human body is currently an important aspect of the production of food of animal origin. Special attention is paid to restricting the content of saturated fatty acids, kitchen salt, ingredients of curing mixtures and smoke flavouring, but also to increasing the content of unsaturated fatty acids in tissues of swine and cattle. EU meat industry producers are trying to satisfy expectations of consumers in that respect by offering a wide range of beef and pork products with, for example, reduced content of fat, the addition of natural herbs and spices, with reduced content of sodium.

The well-being of animals and reduction of negative impact of breeding methods on the environment is sanctioned in the countries of the Community. The regulations cover the applied technologies, to start with the way animals are feed, through the systems of their maintenance, transport, and additional air filtration equipment or processing of excrements in biogas plants. Ecological agriculture is kind of an alternative when it comes to environment protection and improvement of the well-being of animals, which is being dynamically developed in the countries of the Community. Modern farm buildings and the equipment in them are able not only to save energy but also to produce it. Use of solar collectors, photovoltaic cells, wind generators and biogas plants with different power capacity, adjusted to the scale of production, poses a chance to improve the environment protection.

Development of animal production methods, which take into account, advanced molecular technologies, preservation of ecology, of well-being of animals, but also of the agricultural environment that acts as a source of raw materials and products safe for consumers' health, is the main strategic objective of the animal production development on the territory of the European Union. A multidimensional approach to the production of pork, beef and their products makes the European Union a serious trading partner on the global market.