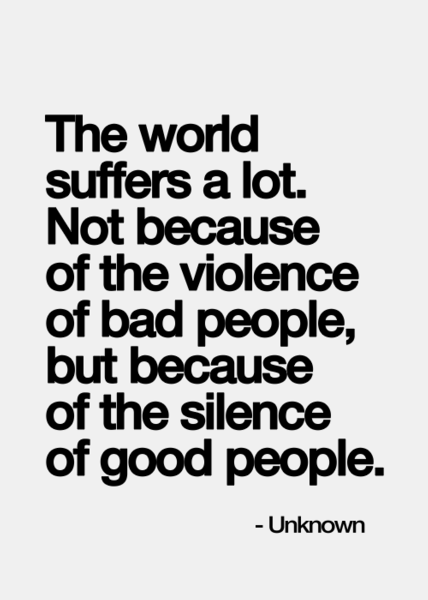 Could you – would you be a whistle blower

There is a culture of bullying and intimidation at the highest levels of government within New Zealand.  It works to shut down challenges to accepted dogma. It affects all levels of our government and corporate bodies so much so that good people are cowered into silence when they know that speaking out could cost them their jobs, or their funding.

No where more so than the area of government Science, the same fear applies, many scientific papers are written to give the expected results, any that differ or challenge the prevailing story soon either lose their funding or find their reputations being smeared or both.

There is a world corruption perception index

…”… first launched in 1995, the corruption perceptions index has been widely credited with putting the issue of corruption on the international policy agenda…”

New Zealand is on this list – it ranks 1st equal with Denmark as being perceived as the least corrupted nation.  However do not let this fool you into thinking that New Zealand is not corrupted it is and at very high levels – but shsss – its secret no one can talk about it for fear of losing their jobs or their funding.

Media Ownership in New Zealand is owned by various transnational corporations so investigative journalism, if it is exposes deep seated corruption and misuse of power is very unlikely to get full coverage.  Leaving people with only one side of the story which usually backs the government of the day or corporate power base.  Leaving journalists frustrated and degrading the level of reporting generally.  Should a journalist write the other side of the story they could loose their jobs so they don’t; they wear the frustration unable to speak out.

Its time this was changed

New Zealand does  have what is called a Protected Disclosure/ Whistle-blowing Act
It gives some good advice in this section
”…. If you’re concerned about serious wrongdoing in or by your organisation, the Ombudsman is able to provide information and guidance….”

A Q&A page can be found  here How to: Protection for "whistle-blowing" employees

Secrets and Lies by Nicky Hager & Bob Burton dedicated a chapter on whistleblowers – A brief guide to leaking.

..”…Whenever institutions have become unreasonably secretive, principled people have reacted by making sure that information reaches the public anyway.  These people play a vital role; exposing dishonest or improper behaviours, alerting the public to questionable polices, actions and plans and ensuring accountability by people in poisons of authority who would prefer to avoid scrutiny…”…  he continues

.."...Public information is the number one requirement of a  healthy democracy although we live in a so called information age, governments and private companies have become increasingly adept at restricting and controlling public access to all sorts of important information…..Because secrecy is now so entrenched, corporations and governments can do things they would not dream of doing if they thought the public might find out.  As a result the back rooms of many government and private organisations will contain information just as dodgy as the Timberlands papers ( these days think panama papers).  If the filing cabinets of the country were more open to journalists MPs and the public would make a profound and positive difference to the conduct of politics and business.  Until the culture of government and business is improved unauthorised leaking of information by public spirited individuals is vital for defending democratic societies …”

of course one of the most famous whistle blowers has been Edward Snowdon, and while  he didn’t stop the spying he certainly alerted all of us the fact of its existence even in the face of continual lies from our own governments.

NSA whistleblower Edward Snowden: 'I don't want to live in a society that does these sort of things