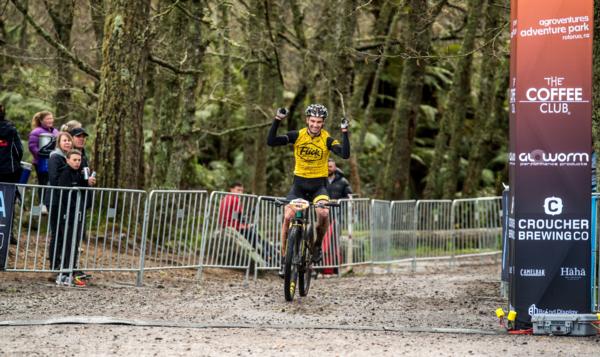 “One of the toughest”. The tag line of the Whaka 100. It’s a bold claim, but one that few competitors would argue with.

The gruelling MTB endurance event, now in its 11th edition, boasts an exclusive club of previous champions. But this year will see new champion’s crowned. With high calibre fields entered, just who inks their names in the record books will have truly earnt that title. One of the toughest.

The demands of the Whaka 100 are legendary, and almost unrivalled in New Zealand (or for that matter Australasian) MTB racing. While the distance is not unusual, it is the fabled trails of the Whakarewarewa Forest that make it so tough. Raced over 104km on a course comprised predominantly of technical singletrack, it is gruelling event both physically, and mentally.

In reality, there are in fact two races going on. First, there is the official race. The one against all the other competitors. Then there is the second; the race against yourself. A mental battle to push through difficulties and challenges and conquer them.  The Whaka is an event where small mistakes have big consequences. And one where experience usually triumphs over pure speed.

With that knowledge, event director Tim Farmer is picking Wellingtons Ed Crossling as the favourite for the Men’s. No stranger to Rotorua trails, Crossling has been a standout performer on the NZ scene in recent years. One of the strongest and most consistent riders in the country he retains the NZ MTB Crown #1 ranking. With three previous runner-up finishes, Crossling is determined to make 2017 his year.

But he won’t have it all his own way. 7-time World 24hr Champion Jason English is flying in from Australia highly motivated to become the first international holder of the Whaka 100 title. 3rd place on debut last year, English learned from his experience and will be determined to move up the podium on Sunday. And the dark horse? Cambridge’s Cosmo Bloor. The surprise of the 2017 Winter Series as he took 2 wins from 3 races, Bloor will be hoping to translate that confidence and form into the longer distance.

For the women, the form book points to one lady. Manwatu’s Josie Wilcox.

The latest cross-code talent to emerge on the MTB scene, the former collegiate runner moved over to MTB this year and her rise has been dramatic. A clean sweep of the Cyclezone Winter Series saw her sky-rocket up the NZ MTB Crown ranking to #2. Her strength and ever improving technical skill mark her as the lady to beat. The only question mark is her endurance over the marathon format. A 6th place in Aprils Hawea Epic show she can handle the distance, but will that translate to the Whaka 100?

Christchurch’s Jeanette Gerrie will have something to say about it. Just 30sec separated Gerrie and Wilcox in April’s Hawea Epic after nearly 6hr of racing. The Christchurch athlete has been spied on the Rotorua trails in the weeks leading up to the event, so is sure to have done her homework. A multi-time NZ MTB Marathon World Championship representative, Gerrie is no stranger to the Whaka 100. Two previous 4-place finishes have motivated the experienced athlete to climb onto the podium, and 2017 may be her year.

Not to be discounted, look for Rotorua’s Nicola Kirkham, Christchurch’s Hannah Miller, and Maketu adventure racing star Anna Barrett to shake up proceedings.

100km+ of demanding Rotorua singletrack. It is a challenge like no other. Just to finish is an immense achievement in itself. One of the toughest. On Sunday a few hundred riders will find out just what they’re made of.

And by days end, Wellington’s Ed Crossling will hope to no longer be the bridesmaid.