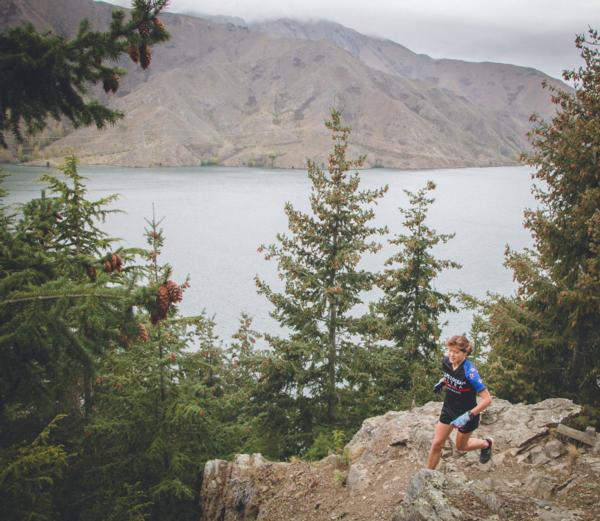 New Zealand's first ultra-staged run is already sold out with organisers already taking entries from all over the world for the 2019 event.

Technically an ‘ultra-run’ is defined as anything longer than the standard marathon distance of 42 kilometres, but that’s where any similarity ends, and the Back Country Cuisine Alps 2 Ocean Ultra that starts at the base of Mt Cook and travels 316 kilometres to Oamaru in North Otago, is proving very popular in its first year with 130 runners from 15 countries filling up all the available spots for the 23rd of February start that will take 12 days to finish.

“At the end of the day it’s all about the people and the incredibly supportive environment that ultra-running inspires,” The Back Country Cuisine Alps 2 Ocean Ultra Race Director Mike Sandri said.

“The response has just been amazing. To be fill justifies the effort of having it. Ultra-runners are a pretty special breed. It’s not about me, me, me. You’re all doing something pretty tough and you get to know each other pretty well as you’re together for a week surviving on limited sleep and food and if someone else cries you cry too.”

The Back Country Cuisine Alps 2 Ocean Ultra route follows the off road Alps 2 Ocean cycle trail for much of the journey and entries for the inaugural event are evenly split between male and female runners and supported and unsupported runners with 84 coming from overseas.

Sandri said that while he was doing the Grand to Grand Ultra in the United States he was often asked why New Zealand didn’t have an ultra-race as it seemed made for such an event and has often been a world leader in adventure and multisport events.

“It got me thinking and I thought, yes, why not have an ultra-run here and the perfect place is Mt Cook to Oamaru, so let’s have a go and see what happens. We are definitely off to a pretty good start.”

“To truly do something you haven’t done before like this can be pretty daunting while also being so inspirational and motivating,” he said. “I also want to show off New Zealand and raise some money for youth in our community.”

Most exhausted runners who have stumbled over the finish line of a marathon and even a half marathon, can’t begin to even imagine running any further, let alone another 20, 30 or even more kilometres, and then face it over multiple days.

Sandri says the popularity of ultra-running is growing, driven by being more about participation, personal achievement and having an amazing experience, instead of chasing a time or bagging a new personal best.

“Ultra-running is all about getting from one spot to the next and time, except for the daily cut off times, is irreverent. It’s not about being fast, it’s about getting there. You could walk the Alps 2 Ocean Ultra quickly and still make the cut off times, it’s just about finishing and we want as many to finish as possible.”

Alps 2 Ocean Ultra, being held between February 23rd and March 3rd 2018, has three options to do the event - supported, self-supported and team.

Self-supported runners will have to carry their own food, sleeping mat, sleeping bag and other compulsory items for the entire seven days, while supported runners will have their food and bedding carried for them to the end of each stage- they still have to carry all compulsory gear and food for that day. Each team will comprise up to four runners, and each member will carry the same as an individual. Team members must stay within 50 metres of each other for the entire stage, and all team members must run all stages.

Funds raised from the event will be put back into the maintenance of the Alps 2 Ocean Cycle trail and will support local youth in the community.

“Ultra-running is probably safer and more enjoyable than road marathons or shorter distances where runners push their heart rate to maximum levels,” Sandri stresses. “Ultra-running is about a tractor pace, a diesel engine ticking over. Chaffing and blisters will be the things that will stop people.”