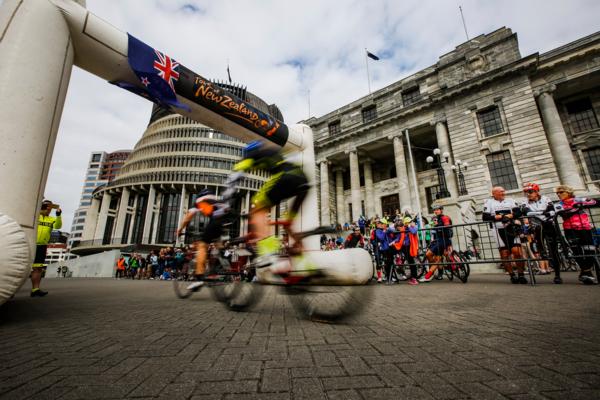 Riders taking on the final criterium race on the grounds Parliament in Wellington in the Tour of New Zealand CREDIT: Meade Photography

The fifth Tour of New Zealand is set to give cyclists from New Zealand and throughout the world a true Tour de France experience while adding to the million dollars it has raised for charity.

New Zealand’s most successful professional rider Julian Dean, who is the rider host of the event, says the new format sets a new higher benchmark for riders that will get a taste of what it is like to participate in a world class cycling tour like the Tour de France.

Dean, who rode the Tour de France seven times, is excited by the prospect of showing off what the country has to offer cyclists who will now tackle one route in April 2019 that starts near Queenstown, travels north through some stunning terrain, includes an Air Zealand charter flight from Christchurch to Rotorua for the final three stages before finishing on the grounds of Parliament House in Wellington.

“New Zealand has some outstanding terrain to ride a bike,” Dean said. “The Tour is cycling at its purest in New Zealand, some great scenery, some nice quiet back country roads and some iconic climbs and like the Tour de France has the Eiffel Tower, the Tour of New Zealand has Parliament House to finish under.”

Previous tours have seen cyclists in two groups either starting towards the top of the North Island or bottom of the South Island, riding daily stages before meeting for a criterium race on the grounds Parliament in Wellington.

Tour Director Peter Yarrell loves the fact that the tour showcases many of New Zealand’s top tourism spots saying that the change in format was in response to riders saying they wanted to see all of New Zealand rather than just one island.

“The Tour of New Zealand showcases some of the country’s best tourism spots and is not only a celebration of cycling but a real celebration of the magnificent country we live in,” he said. “We love showing off the country to the international riders who never fail to be blown away by the scenery and beauty they ride through. The new tour really is like the Tour de France; it has four mountain stages, lots of varied terrain, a charter flight, a former tour professional riding as a host and an impressive finish location.”

Although the Tour does have a competitive element, Yarrell stresses that it is at its heart a social event with many of the cyclists raising money for a variety of charities, including the Tear Fund, one of New Zealand’s leading aid and development agencies which is committed to reversing the effects of extreme poverty and currently faced by millions of children around the world.

“The Tour attracts corporate teams, the military, weekend warrior riding buddies, some serious competitive riders, family teams and individual riders, that all have a passion for health, fitness, and fun and helping others less fortunate than themselves,” Yarrell says. “The fund raising element is really important and something we are very passionate about.”

The new Tour of New Zealand website goes live on Monday 11 December with entries opening for the event being held between April 6 and 13 2019 on January 15 2018.