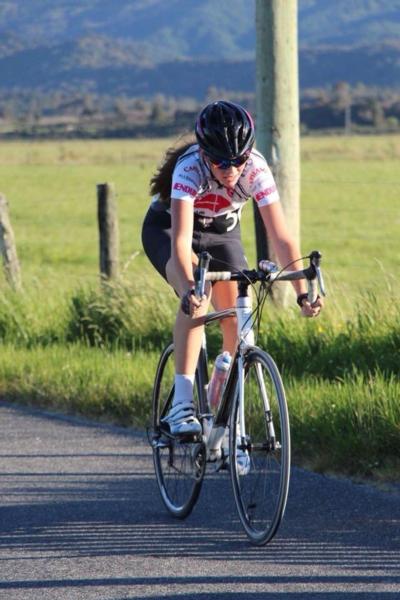 Growing up with the Kathmandu Coast to Coast inspires entries

Growing up on the South Island’s West Coast has exposed the Kathmandu Coast to Coast to many school aged students, inspiring growing numbers of them to enter the iconic event.

“The event is just so visible on the West Coast and in Greymouth,” Greymouth High School Principal Andy England said. “Our students have grown up seeing it but not necessarily thinking they could do it until the schools team category was introduced, now there’s no holding them back.”

England said many of the school’s students have experienced their school bus being delayed to let the Coast to Coast athletes through, helped prepare food for the event or have seen the hundreds of kayaks and bikes driving through Greymouth once a year.

Greymouth High has entered its first girls’ team in the event with swimmer Rachel Crawford doing the kayak, Ainslie Campbell is the cyclist and Mikayla Sweetman will take on the mountain run.

“Our girls have not trained together so they will be happy just to cross the line in New Brighton, although they do have some highly competitive tendencies that will probably kick in.”

England said the school’s initial Coast to Coast student team inspired other students with their sense of adventure and self-motivation. “I think they gave confidence to others who may have thought it was exciting but something they couldn't aspire to and after our school team came second in 2016 we won the schools section this year.”

He says he is full of admiration for the efforts from his students who have performed so well in the event, pointing out it has been a great result not only for the boys but for the school and local community.

From this year’s winning team George Rubbo is taking on the event as an individual while the other two boys Ben Williams and George’s twin brother Max have drafted in the school’s music and physical education teacher Martin McDonald to do the event in the opens men’s section.

“Our mixed staff and student team are quietly hoping to go fast; Ben is a running freak so he's worth watching closely.”

The education theme for England continues as he’s also been inspired to enter the event in February, competing in the open men's team section with Oxford Area School Principal Mike Hart and Andrew Gurr of Fusion Networks, an IT company that runs a student internship programme.

“There's probably a bit of ability in our group but age and desk-bound lifestyles will probably hinder our speed,” he joked.

“The Coast to Coast is a massive learning journey from the start to the finish,” he said. “It's unlike other sports, with an unparalleled level of commitment and the two day event contains such tension for competitors, crew and supporters that it's addictive. Team members have to learn to support one another and to manage each other’s strengths and weaknesses and to have such strong representation from the West Coast where it starts is just fantastic.”