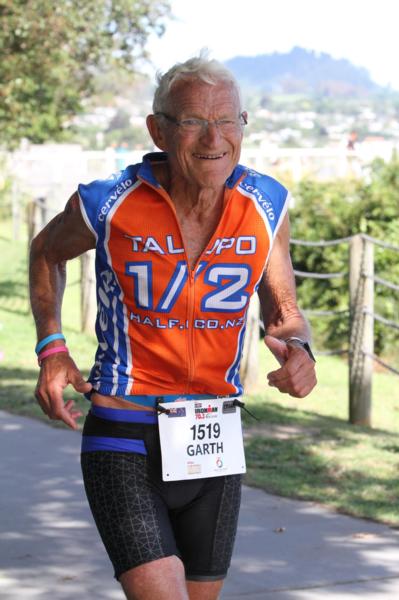 The Aqua Bike event was successfully held at part of expansion of the Challenge Wanaka Triathlon Festival this year with organisers already fielding inquiries and entries for the three kilometre swim and a 120 kilometre cycle that will see competitors swim two laps in the crystal-clear waters of Lake Wanaka and ride two laps of the bike route that shows off the spectacular alpine scenery between Lake Wanaka and Lake Hawea.

“We are very happy that one of New Zealand’s largest triathlon festivals Challenge Wanaka will once again host the Aquabike National Championships,” Triathlon New Zealand CEO Claire Beard said. “After a successful inaugural Aquabike race in 2018 that had great local support and involvement we have no doubt it will be another fantastic event in February next year.”

Race Director Bill Roxburgh welcomed the opportunity to host the Aquabike National Championships again saying it adds an exciting element to the Challenge Wanaka programme and offered triathletes the opportunity to compete without having to do the run.

“We are focusing our time and energy on the Challenge Wanaka Half and Aqua Bike programmes to make them internationally recognised events with a real focus on the age group athletes, giving them the best quality time possible while they are in Wanaka,” Roxburgh said.

“Being given the right to host the Aquabike National Championships again is a big vote of confidence by Triathlon New Zealand in not only our ability to run a great event, but also in the Wanaka community and its ability to embrace and support local triathlon events and festivals.”

With the generous support of Challenge Wanaka event Benefactor Garth Barfoot, a well know triathlon and multisport legend who made his name in real estate in Auckland, an Aquabike National Championship event was only held for the first time in New Zealand two years ago in Auckland before it moved to Wanaka this year with the continued support of Barfoot.

At 82 Barfoot remains very active and as an age group triathlon world champion he still competes and plans to race in the Aqua Bike National Championship event in February and will once again provide support for the New Zealand team selected for the Aqua Bike World Championships being held in late April next year in Pontevedra Spain as part of the ITU Multisport World Championships that also includes duathlon, aquathlon, cross triathlon and long distance triathlon.

Swim and bike distance events is a growing worldwide trend with the inaugural swim/bike world championships only held last year in Canada.

“Having the Aqua Bike event adds even more value to our programme,” Roxburgh said. “Challenge Wanaka offers something for everyone, from those wanting to challenge themselves over the half distance event either as an individual or as part of a team right through to our successful secondary schools competition and Junior Challenge event that is now the biggest event of its kind in the world.”