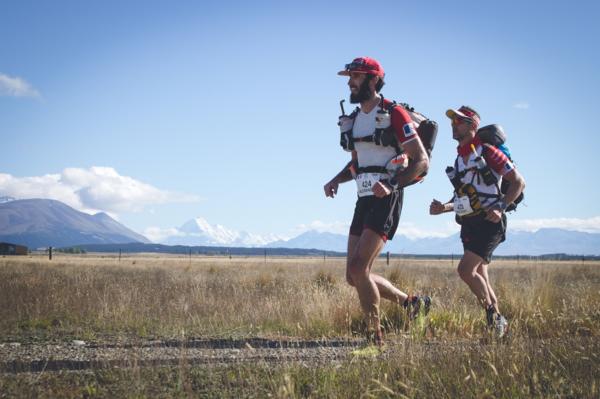 Overseas competitors make up the majority of athletes for the second running of New Zealand's first ultra-staged race that has attracted competitors from 15 countries.

Starting again this year at the base of Mt Cook on Sunday the 24th of February the Anchor Milk Otago Alps 2 Ocean Ultra in one week travels 323 kilometres to Oamaru in North Otago following the off road Alps 2 Ocean cycle trail for much of the journey, with about a quarter of this year’s event going through private farmland.

Interest was so high in the event it quickly sold out with almost two thirds of the 120 competitors coming from 14 overseas countries with Australia providing 34, the largest number of off shore athletes.

Kiwis are well represented with 46 on the start line and there are nine competitors from the United States and Canada. Other countries represented are England, Scotland, Ireland, Brazil, Estonia, France, Germany, Italy, Switzerland and Tonga

“Last year’s event had 126 amazing competitors from all over world along with 30 volunteers that spent seven days together, sharing some moments, emotions and experiences that will last forever,” Race director Mike Sandri said. “And we’re ready to do it all again this year.”

Technically an ‘ultra-run’ is defined as anything longer than the standard marathon distance of 42 kilometres, but that’s where any similarity ends.

Sandri says that more and more people around the world are taking on races that last for days rather than hours adding that ultra-running is a slightly crazy but highly addictive world.

“At the end of the day it’s all about the people and the incredibly supportive environment that ultra-running inspires,” he said.

“It’s not about me, me, me. You’re all doing something pretty tough and you get to know each other pretty well as you’re together for a week surviving on limited sleep and food and if someone else cries you cry too.”

“Last year there were tears, smiles, fears and there was uncertainty, anxiety and frustration but at the same time excitement. Every emotion you could ever think of was shared; it’s amazing how quickly a year has gone.”

Sandri, who has competed in ultra-running events overseas so knows what the athletes are going through, will once again be there at the start of every day and will greet every single person as they cross the finish line of each stage, often well into the evening.

He shares the excitement, heartaches and pain as each runner finishes every gruelling stage, and gets up again the next day to do it all over again.

“We’ve set up the Alps2Ocean Ultra Community Trust charitable trust with the objective of benefiting the people of North Otago and the Mackenzie Country, with a particular emphasis on our youth,” he said. “Every single person volunteers and gives their time. They all love the sport, love hosting people from around the world and love showing off this beautiful part of the world we are lucky to live in.”

The event has raised over $270,000 dollars a result Sandri and his team are very proud of with $31,000 already going to the Alps 2 Ocean trial and another $25,000 going to local youth to support their dreams.

“It is a real privilege to be able to support our community to help local children reach their goals,” he said. “And it is just the start. We plan to continue to make a difference in people’s lives just as all those who compete during race week do with many of them running for great causes and charities as well.”

The success of last year’s event has seen even more local support from farmers who have opened up more access meaning runners will have less time on gravel roads.

“The local famers have been great. It was all very well to talk to them last year about what we wanted to do but now many have seen it and realise what we’re trying to do and that we are all donating our time and effort so it’s opened up opportunities to improve the course which is great.”

Sandri says it’s clear that ultra-runners all run for many different reasons, all bound together with a shared passion for running and the outdoors and that ultra-running is a personal challenge and often is a life changing experience.

“I just love the whole week. I love the fact so many volunteers are prepared to give so much to the race and we all become emotionally attached and feel the pain the runners go through. I am really fortunate to have some absolutely dedicated and unbelievable people involved to help me run the event.”

He is quick to point out there is a fine line calling Anchor Milk Otago Alps 2 Ocean Ultra extreme as we live in a world where people are doing everything from cliff wingsuit jumps to extreme skiing, with the parameters ranging widely.

“There is without doubt an extreme element that is mental and physical in the Alps 2 Ocean Ultra. We were a bit gracious on the penultimate stage last year regarding time cuts, and this year we will see runners on their hands and knees on some parts. It’s not an easy race. It is hard but it is still achievable and I expect comments this year like I’ve never been so twisted in all my life.”