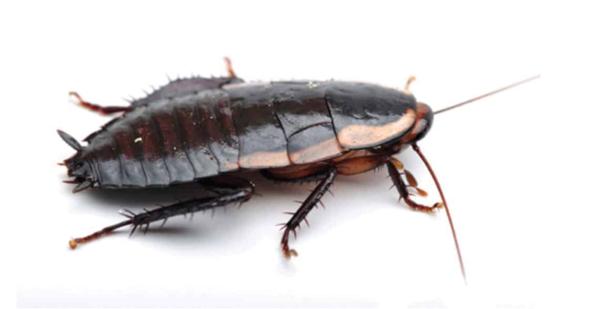 Rise in cockroaches: Understanding the insect

Cockroaches have lived alongside man for well over 300 million years. They have survived all natural disasters during this time – they are a hardy insect and a survivor. These insects are a common household pest in Auckland during the wetter months.

In this country we find a number of cockroaches, usually three species in particular: the native cockroach, often referred to as the Gisborne cockroach; the American cockroach which is the largest and the disease carrying variety namely Blattella Germanica known as the German cockroach.

This breed of cockroach are small, wingless and native to New Zealand. Although originally based in Australia, they were first recorded in New Zealand at Gisborne and later in more areas in the North Island, Nelson and Blenheim. They commonly live outdoors in primarily damp, dark areas and decaying forest matter. Certain species can be found under slabs of rock in the subalpine and alpine regions of New Zealand.

As omnivores, they feed on organic materials, including dead wood, and have symbiotic gut flora which helps them digest dead wood and similar matter. While they may be considered a household pest, these insects do not naturally live indoors and are most commonly brought into a home via firewood, or are attracted by timber and bark chips.

The American cockroach is the largest common species of cockroach and is considered a pest in many areas of the world, including New Zealand. Despite its name, these cockroaches are native to Africa and the Middle East, and are now one of the main cockroaches commonly found in New Zealand. These insects have adapted to human living spaces, with evolved detoxification, immune systems, and growth and reproduction methods.

Also omnivores, these cockroaches eat many materials, including cheese, beer, tea, leather, bakery products, plant materials, book bindings, glue and fermenting foods. When it comes to their ideal habitat, American cockroaches prefer moist areas with higher temperatures, and are found in many different residential areas. American cockroaches can cause sickness in humans, from their odorous secretion and the bacteria they pick up and deposit on foods and surface areas.

Defined as ‘omnivorous scavengers’ these cockroaches will feed on meats, starches, sugars and fatty foods. They have also been known to eat soap, glue and toothpaste. Of all the cockroaches listed here these are considered more resilient in the face of many pest control measures.

Generally speaking, cockroaches common to New Zealand are nocturnal and omnivore feeders, and can transmit diseases and bacteria pathogens such as salmonella. In addition, they can cause skin irritations, allergic reactions and breathing difficulties.

The cockroach has a life cycle consisting of three distinct stages: egg, nymph, and adult. The specific elements of the life cycle vary according to species, however. The female can lay 5-30 egg sacs containing 12-40 eggs, which can make them difficult to get rid of once they have entered a home or residential property.

Dealing with this pest

Due to their resilience, adaptability, high reproduction rates and health risks to humans, cockroaches are widely considered a pest. In order to eradicate these pests effectively, the methods must be comprehensive, sustained and systematic.

From our perspective, you should avoid killing cockroaches by squashing them, as when you squash female cockroaches they may drop their eggs, and the problem becomes worse. Cockroaches can start producing from six weeks of age and they can live up to two years. The math is startling if control is not put in place.

The chances of a cockroach infestation can be reduced by filling cracks in walls and foundations, keeping living areas dry and clean, clearing away any rubbish, and removing human and food waste regularly.

If you are looking for more info on cockroaches and how to deal with them get in touch with Ajet Pest Control and we'll be happy to answer any questions you might have.